Home
Entertainment
What 10 Famous Historical Figures Looked Like in Reality

Have you ever wondered if a historical figure portrayed by an actor was similar to their real life counterpart? Sometimes even the smallest detail can totally change the importance of a historical figure and their role in the history, thus turning them into a completely different person.

We admit that sometimes directors have issues with the historical accuracy of either appearance or personality of some historical figures. However, acting talent of those who played the outstanding historical characters and the professionalism of the whole team can make such movie a huge success.

Xerxes I in ’300′
Portrayed by Rodrigo Santoro 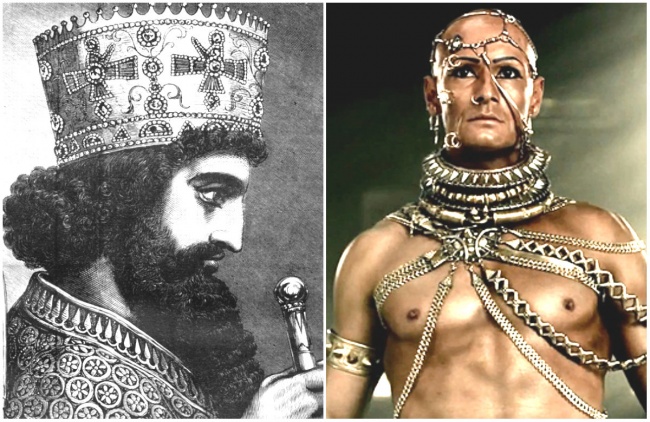 The historical portrait of the Persian king Xerxes I is quite ambiguous. Some historians state that he was a narrow-minded and weak, yet arrogant and conceited, ruler while others consider him a wise and experienced warrior. It seems like in the movie they decided to combine these two portrayals of Xerxes. If it wasn’t enough, they granted the king with a very questionable wardrobe. 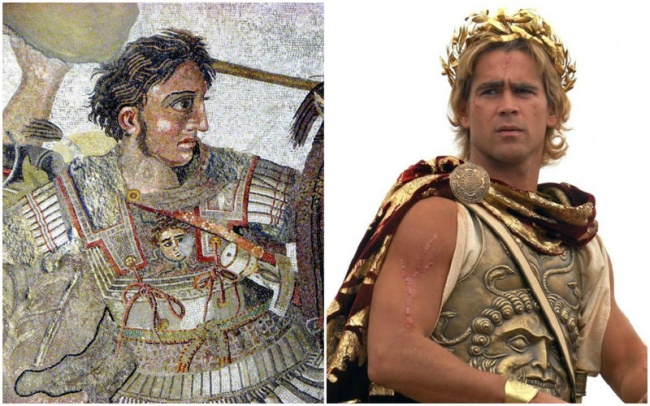 Critics have noticed a couple of serious historical inaccuracies in this movie. Plus, the appearance of Alexander, portrayed by Colin Farrell, is a little different from the original, don’t you think? 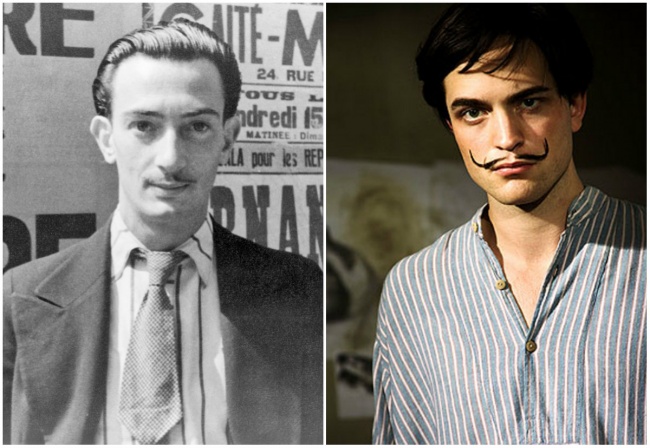 Although Pattinson looks nothing like young Dali in reality, the actor did put his best to create the image of the great, eccentric, and genius artist.

King Leonidas I in ’300′
Portrayed by Gerard Butler 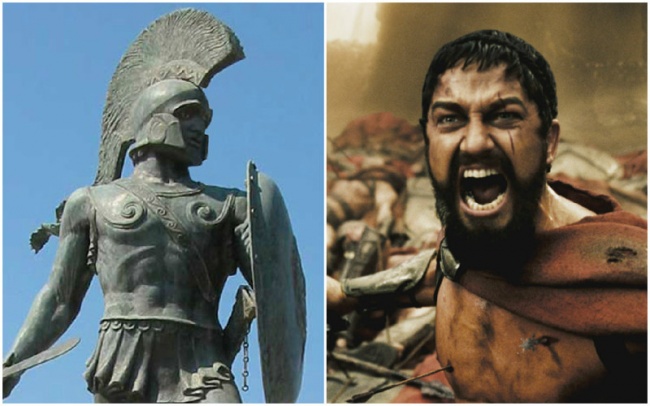 Historians say that the king of Sparta, Leonidas I, did nothing truly remarkable during all 10 years of his reign and only died heroically at the battle of Thermopylae. So, if the director planned to make a more historically accurate movie, the king Leonidas should not have been portrayed so brave and epic. 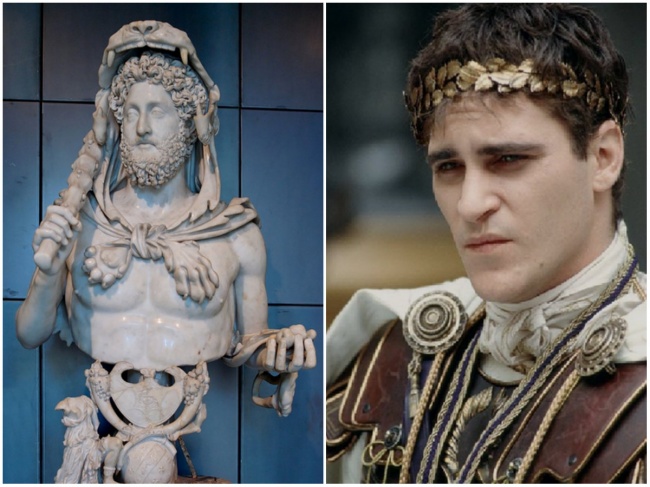 Joaquin Phoenix doesn’t look like his historical prototype. In addition to this, the movie also suggests some inaccuracies concerning the biography of the Roman statesman. The real Commodus ruled Rome for almost 13 years, whilst in the movie he reigns ineffectively for about two years. Moreover, the emperor Commodus did participate in the gladiator battles, but always without any danger to his life or health. 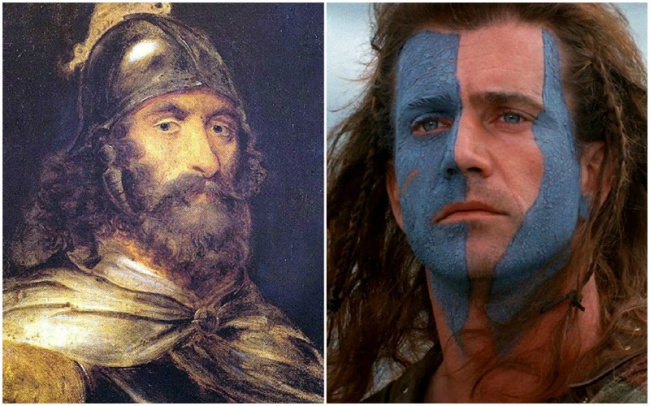 ‘Braveheart’ was nominated for ten Academy Awards and won five nominations. However, historians still found some dramatic historical inaccuracies. For example, unlike Gibson’s character, the real Sir William Wallace was a Scottish knight and came from a noble family. And again, we can’t say the two look alike.

Joan of Arc in ’The Messenger: The Story of Joan of Arc’
Portrayed by Milla Jovovich 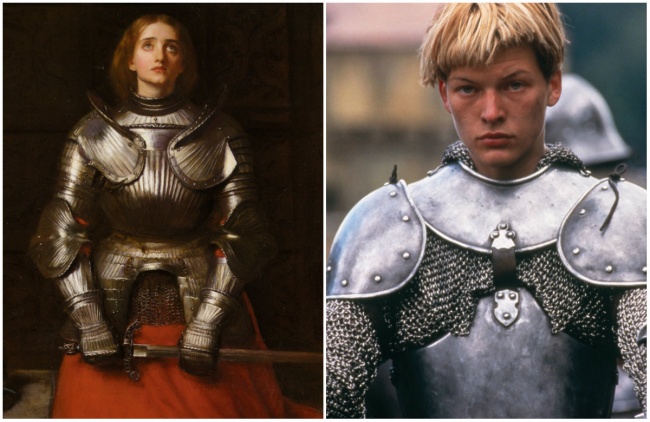 Despite Luc Besson’s dedication to details, the appearance of Joan in the movie was quite controversial. But Milla Jovovich was hands down amazing in this movie. 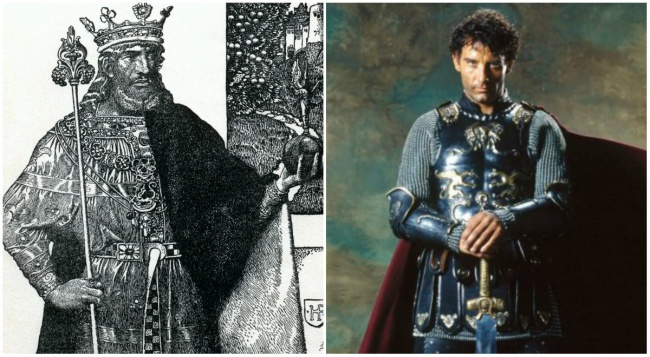 The title character in this movie looks very different from the legendary British leader. Plus, according to critics, the movie itself is full of historical inaccuracies. 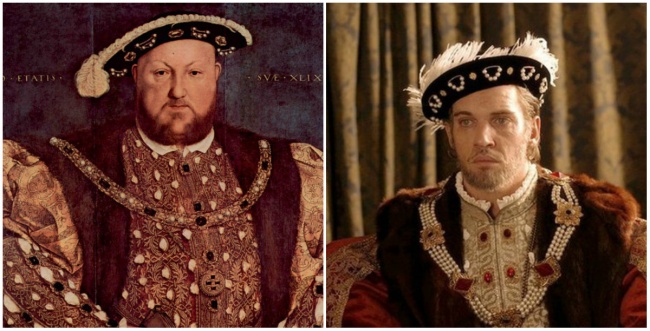 As you can see from the original portrait of the King Henry VIII of England, he was much bigger than his TV double in ‘The Tudors’ series. 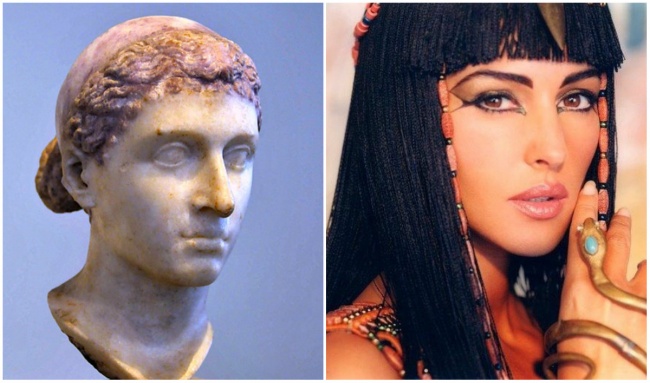 Cleopatra easily won the heart of Roman dictator Julius Caesar and his successor Mark Antony, which is why it’s believed that the last pharaoh of Ptolemaic Egypt was extremely beautiful. But it fact, Cleopatra was small and not that attractive. Ironically, only beauties — Vivien Leigh, Sophia Loren, Elizabeth Taylor, and Monica Bellucci — had a chance to portray this historical figure.