Home
Entertainment
The 11 Most Dangerous Tourist Destinations in the World

Today, we have prepared a list of the most thrilling and dangerous locations in the world. If you’d like your holiday to come with a side of danger, these places are just for you. Otherwise, steer well clear! 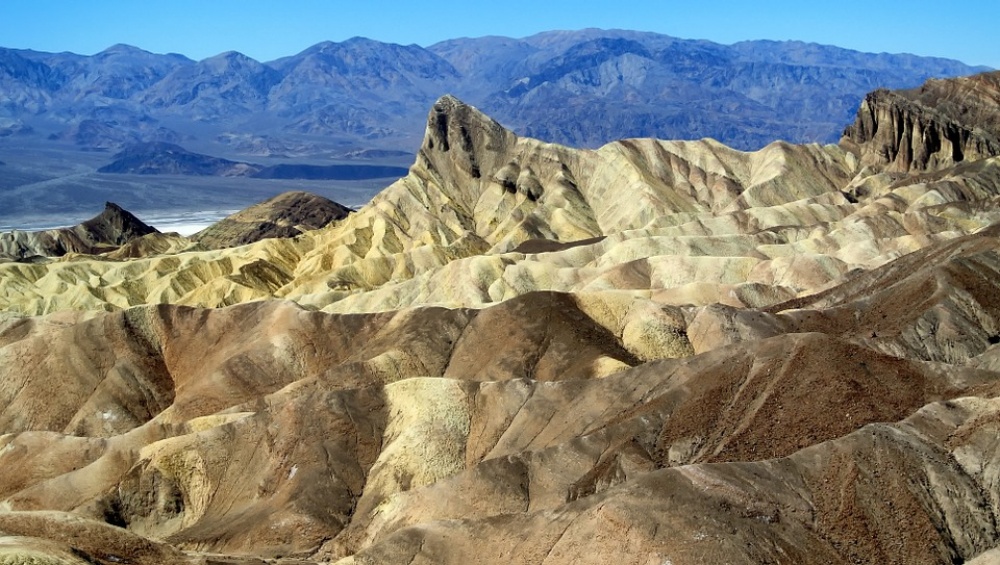 If the Earth is our home, then Death Valley is its scorching hot oven. This stunning desert holds the record for the highest temperature ever recorded on our planet — 134 °F (56.7 °C). No matter how tough you are, the blazing sun and searing heat of Death Valley will make you exhausted very quickly. Without water, you can live here for only 14 hours. 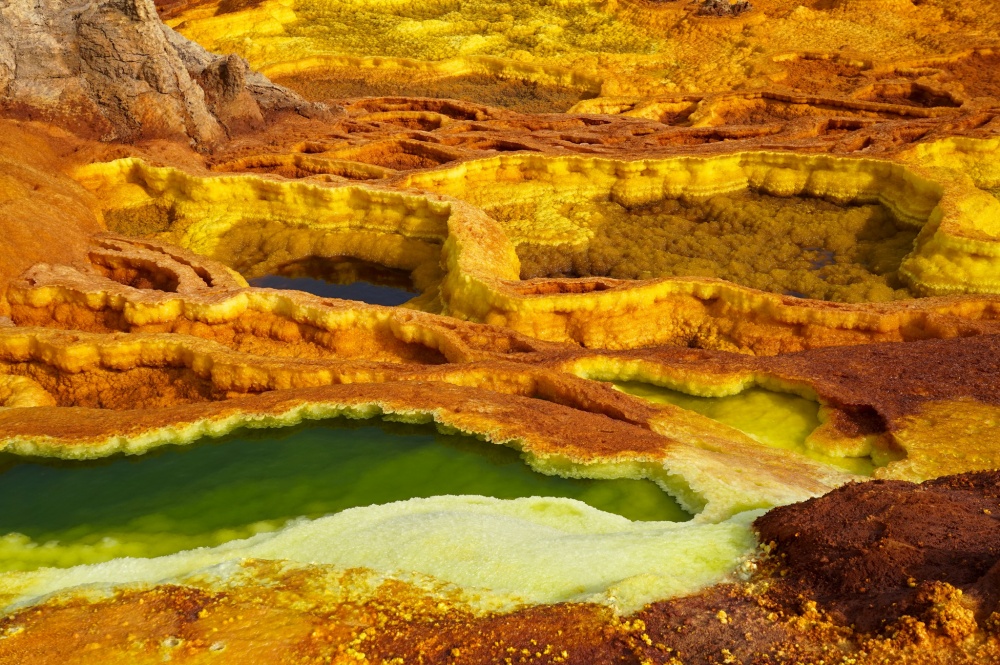 Baking temperatures that often top 120 degrees F (50 degrees C), numerous active volcanoes, geysers that spit toxic gases — it’s hard to imagine a more brutal landscape than Africa’s Danakil Desert. Most people would probably consider this terrible place a literal ’’Hell on Earth’’, but it still attracts lots of brave adventurers from all around the world. Just keep in mind that visiting the the Danakil Desert on your own, without an experienced guide, is strictly forbidden. 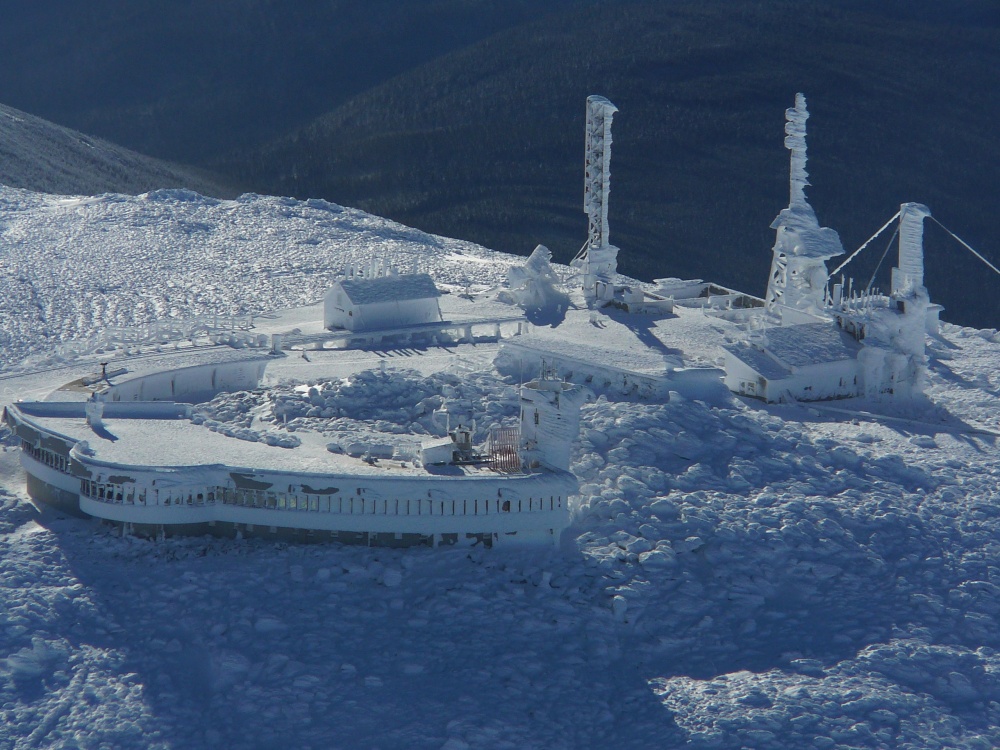 The summit of Mount Washington holds the world record for the fastest winds on the surface of the Earth. The highest recorded speed here is 203 miles per hour (327 km/h). The strong winds, however, are not the only concern in this area — the freezing temperatures that can drop as low as −40 degrees and continuous heavy snowfalls make Mount Washington a very dangerous place. Despite its modest height — 6,288 feet (1,917 meters ) — Mount Washington is one of the world’s deadliest peaks. The loads that the human body experiences at the top of it can be compared to the ones it would experience on the peak of Mount Everest. 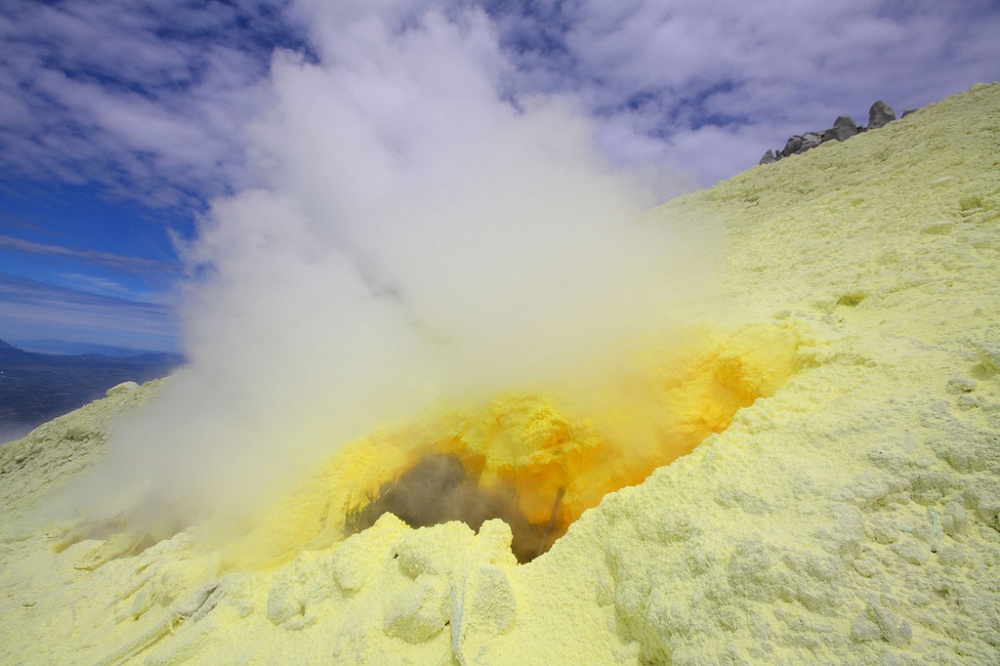 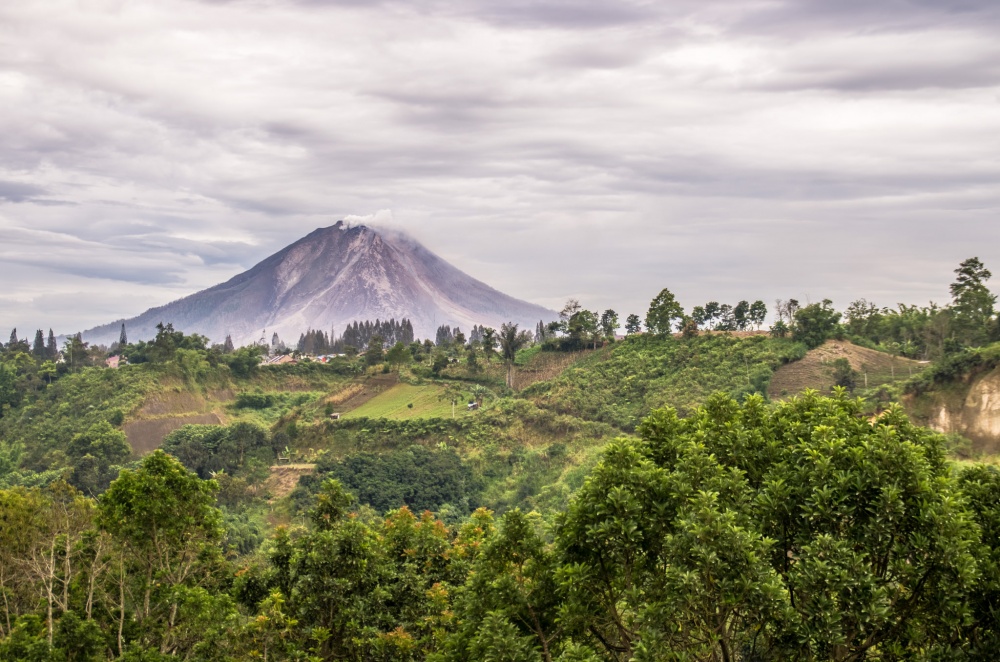 This is an active volcano situated on the Indonesian island of Sumatra. Eruptions occur here very frequently, often leaving thousands of people without shelter or livelihood. The nearby towns and villages have been completely covered in lava and ash several times already: in 2010, 2013, 2014 and 2015. The latest explosion occurred February 27, 2016. That eruption ejected a deadly cloud of volcanic gas, stones, and ash to a height of 2,500 meters. And no one knows what will happen there tomorrow. 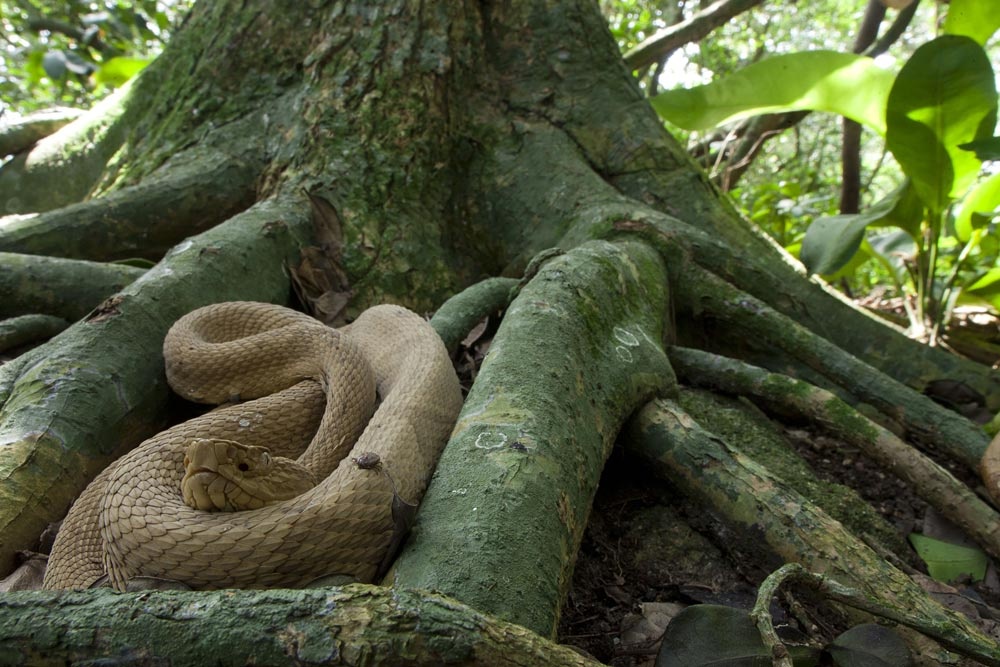 Hidden somewhere off the coast of Brazil, this island is widely recognized as the most dangerous place on the planet. The reason for this is quite simple — this place is full of one of the most venomous snakes in the world, Bothrops. Researchers estimate that about five snakes per square meter live on the island. There are several stories of people succumbing to the deadly predators in no time at all. One of these stories recalls a lighthouse keeper who was attacked by the snakes and died. Snake Island’s lighthouse has been automated ever since that fatality, and the Brazilian government has prohibited any visitors from setting foot there. 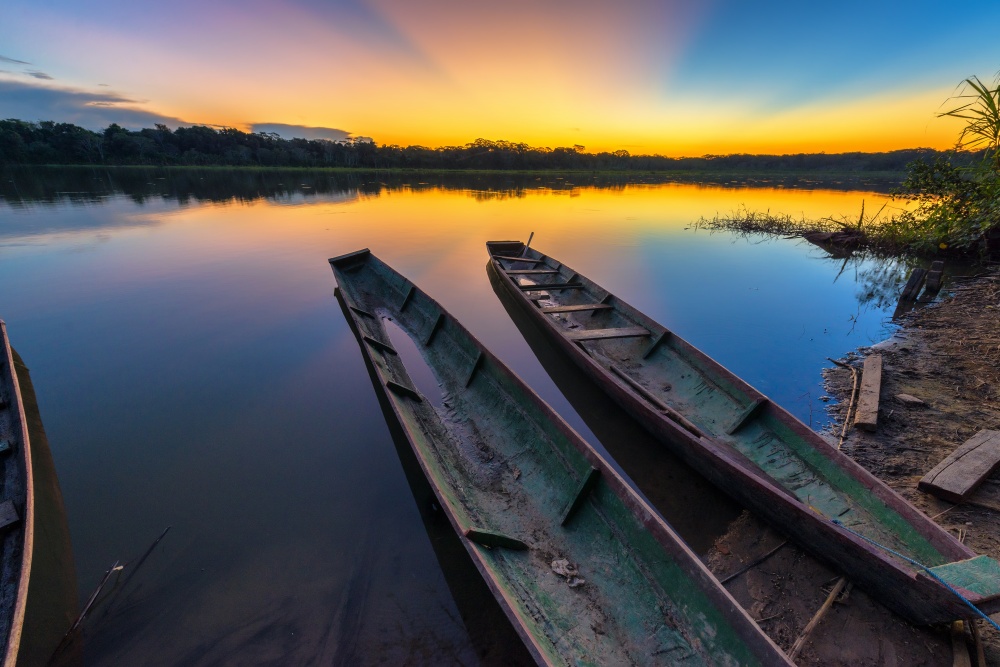 At first sight, this place looks very picturesque, but it’s actually very dangerous. Why? Because it’s home to the most poisonous and aggressive fauna in the world: contact with any of the plants growing in this park can cause severe itching, rash and dizziness. Any cut, or even a small wound, can become infected with tropical parasites. 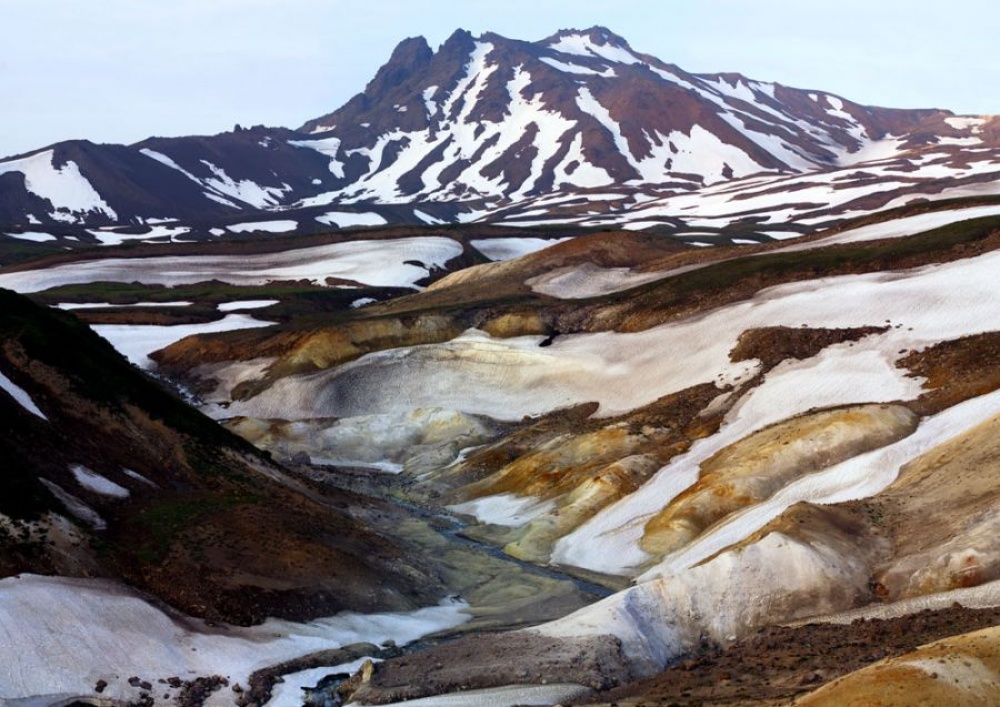 The Kamchatka Peninsula, in the Russian Far East, also has its own Death Valley. It’s located not far from the famous Valley of Geysers. High concentrations of toxic gases found in this area pose a serious threat to every living thing: plants and animals die quickly, while people soon start to feel unwell and get a fever, dizziness and chill. 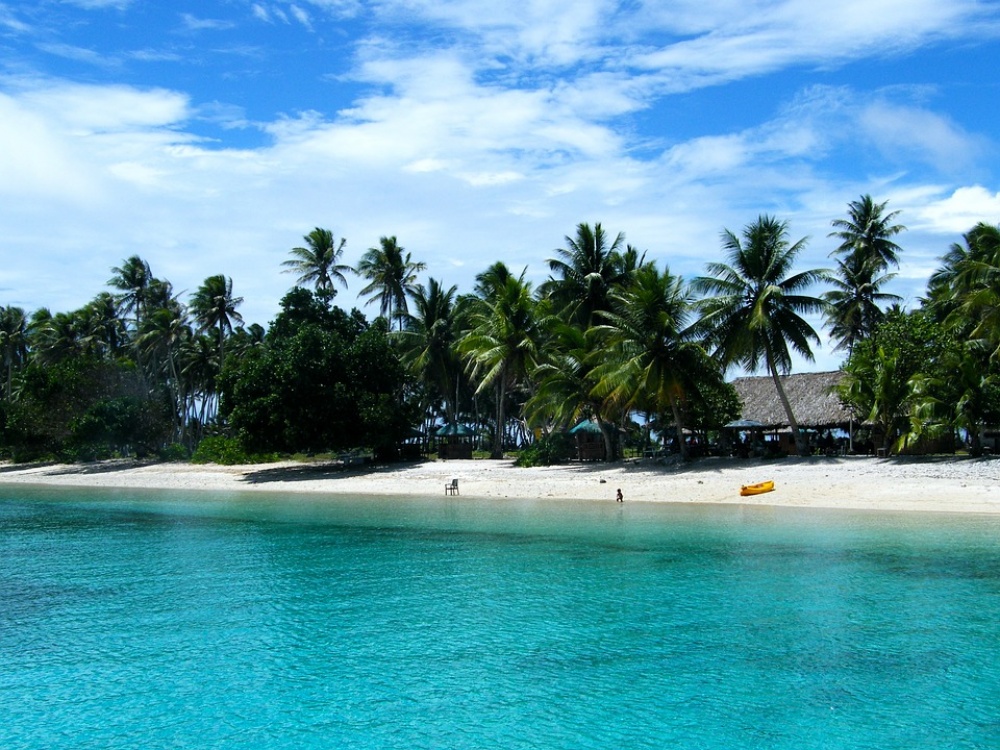 Lost somewhere in the ocean, this island looks like a paradise, doesn’t it? But Bikini Atoll was actually home to numerous nuclear testing programs that turned the picturesque island of Bikini into a radioactive wasteland. The inhabitants were forced to abandon their homes, and even today this remains hazardous for living organisms: the abnormally high level of radiation recorded here can cause cancer.

In Elephant Kingdom, Thailand, at a Crocodile farm, the owner leases out a small semi-closed raft space for tourists to come visit, see and FEED crocodiles! The raft is a thin wooden one balanced on plastic barrels and has net enclosure half way around it. The shack has a roof too. The people get inside the enclosure and are given fishing rods to feed the crocs. They use beef or meat pieces attached to the rods and dangle the rods before the crocodiles. The reptiles then jump out of the water to catch the meat and their food. There are tourists who also tease the crocs by dangling the meat in front of them and then pulling it up as the hungry animals reach for it. 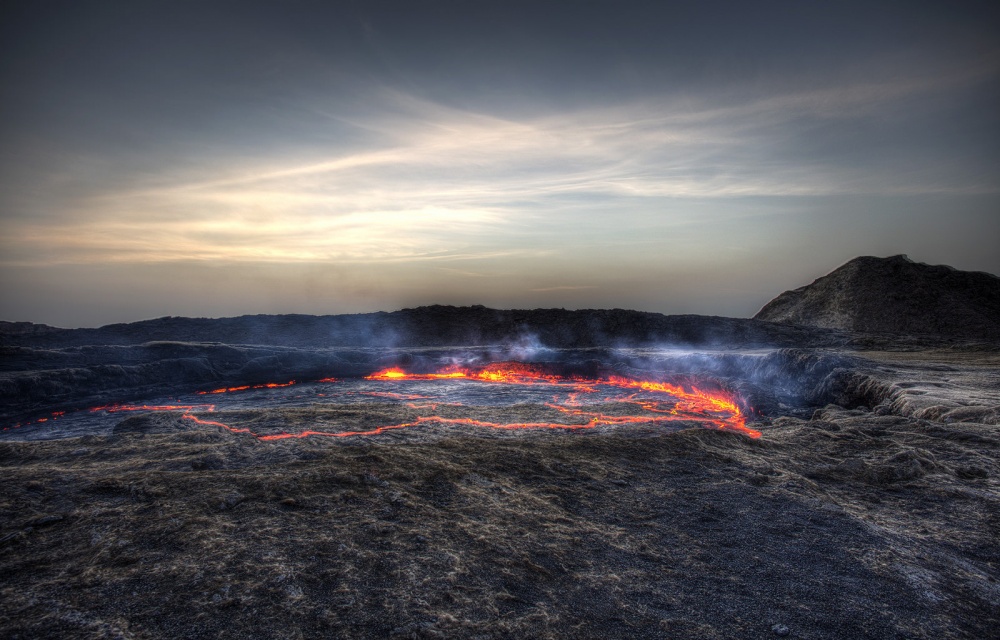 Erta Ale volcano, in the Afar Region of Ethiopia, is one of the most dangerous volcanoes on the planet. Small earthquakes are constantly shaking the region, forming numerous deep chasms. This happens because Erta Ale contains two lava lakes in its summit crater. The amount of lava in them is constantly changing, causing the Earth’s surface to shake up and down. 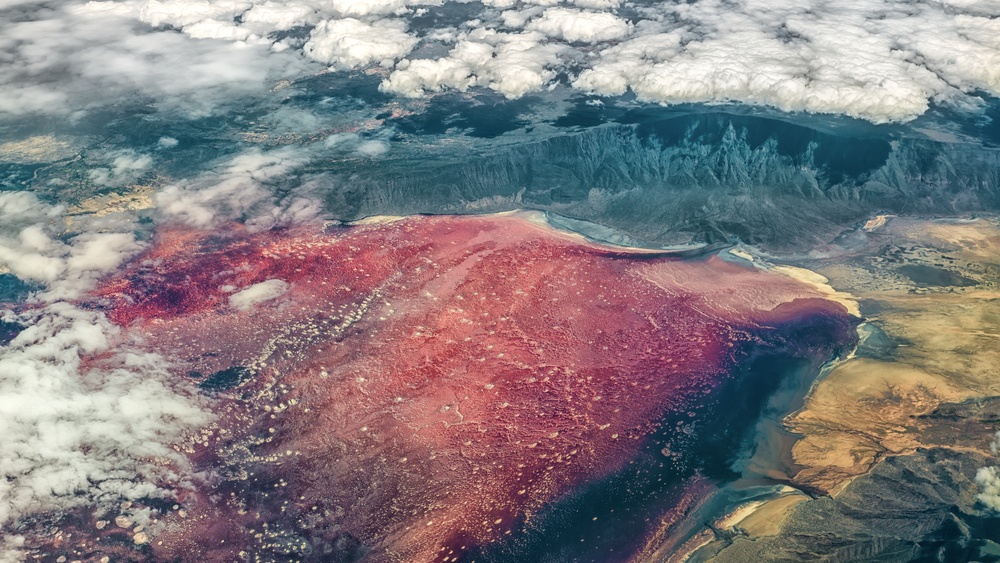 It may look like an extraterrestrial landscape, but this surreal image is actually the photo of Lake Natron in Tanzania. The alkali salt crust on the surface of the lake is so dangerous that all living creatures die just coming into contact with it. For obvious reasons, swimming in this lake is strictly prohibited, and the strong odor of hydrogen sulphide coming from lake’s surface won’t let you admire the stunning scenery for long.