Each country has its own unique (sometimes strange) traditions which make them one of a kind. The culture, religion and also the community play an important role in the weird traditions followed by countries all over the globe. While there are a few traditions which can surprise you, there are also horrible traditions which can shock you to the core. As someone has rightly said, this world is a weird, weird place. There are so many disturbing conventions and ceremonies that are conducted all over the world that you might not be able to believe that such draconic traditions are followed even in this so-called ‘scientifically upgraded’ world.

We want to make it very clear that the intention of this article isn’t to judge the people or the traditions of particular countries but to educate our followers about the world that we live in is not such a rosy place after all and to make them aware that there are instances even in the so-called developed countries which can question the attitude and intellectual capability of society of the country. We have listed only a few of the traditions which are referred to as the ‘Most Terrifying Traditions’ in the world. Before you jump on to learn about these traditions, we would also like to mention that the post might contain extremely graphic content and hence request you to proceed with caution. 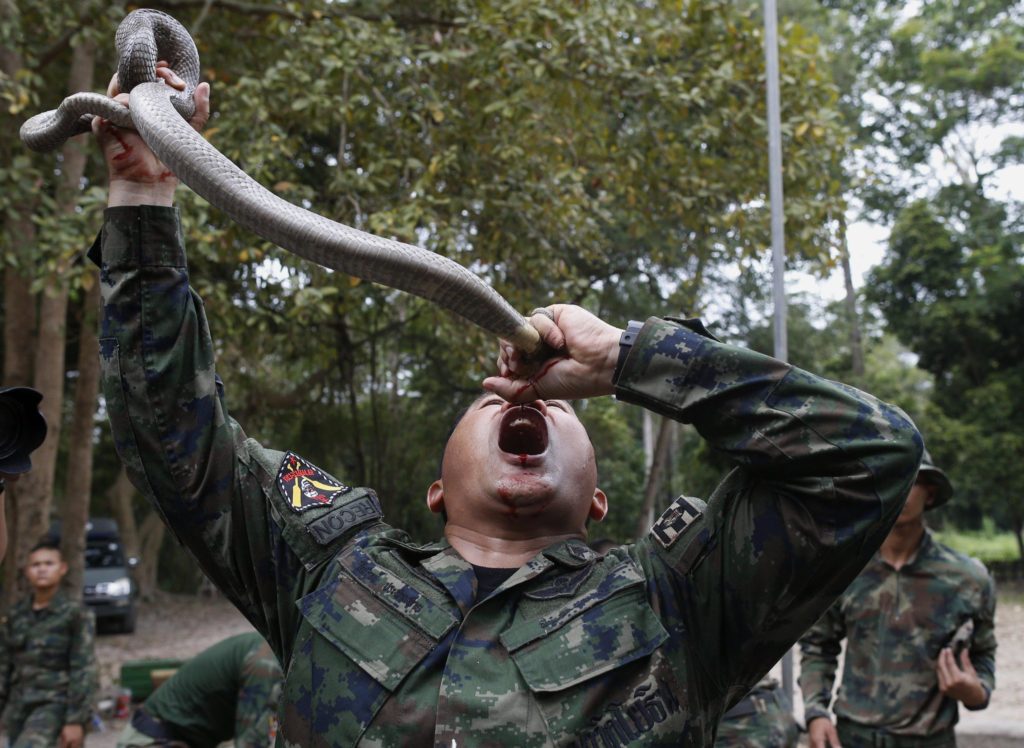 This is one of the largest military exercises held in the Asia-Pacific region each year. The Cobra Gold is a military exercise held in Asia-Pacific region in which soldiers of many countries take part, including those from the US. Cobra Gold which is one of the largest multinational military exercises held every year in Thailand was first started in the year 1982. This exercise has gained attention all over the world for the reason that in this exercise the soldiers are trained to kill cobra and drink its blood. Apart from killing the cobra and drinking its blood, the soldiers are also trained to bite the heads of the chicken and also eat scorpions. Soldiers from countries like Singapore, Indonesia, Japan, South Korea, and Malaysia also take part in the exercise along with US and Thailand. 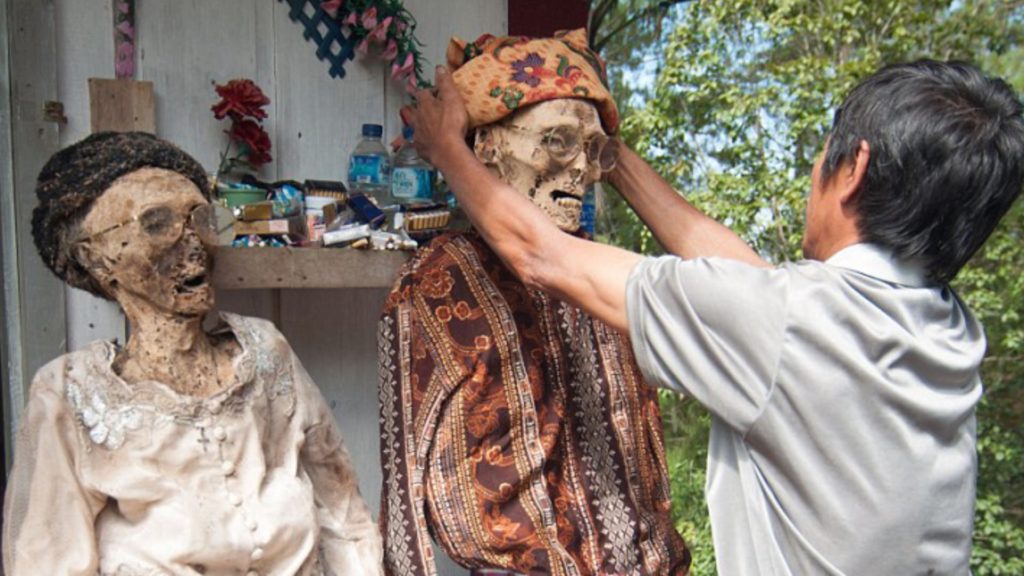 This tradition of living with the dead people is followed by Indonesia’s Torajan people. The people who follow this tradition keep the dead bodies of their relatives to live at home along with them, sometimes for years together. They provide the corpse with a separate room, wash them regularly and also change their clothes each day. The corpse is provided with food and cigarettes twice a day and is also provided with a ‘bowl’ in the corner of the room which acts as their ‘toilet.’ The Torajan people inject the dead body with ‘Formalin’ a preservative which helps in preventing the bodies from decomposing. 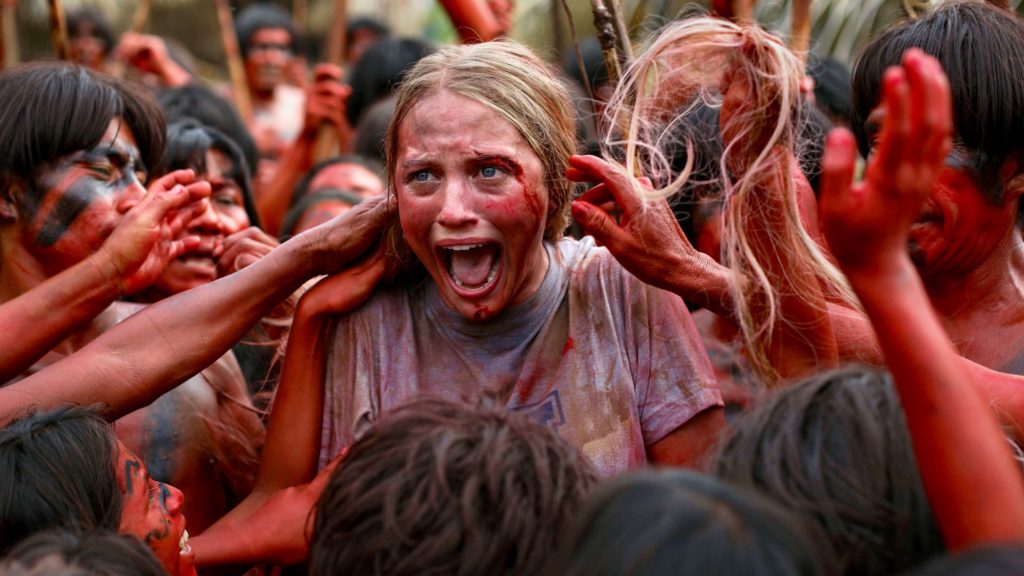 According to Google, Cannibalism is the practice of eating the flesh of one’s own While it has been banned and practicing cannibalism has been made illegal in almost all the countries, there are still a few remote areas where it is in practice. ‘The Korowai Tribe’ of Indonesia, ‘The Yanomami Tribe’ in the Amazon, are said to practice this tradition of eating the flesh of one’s own species, even now. 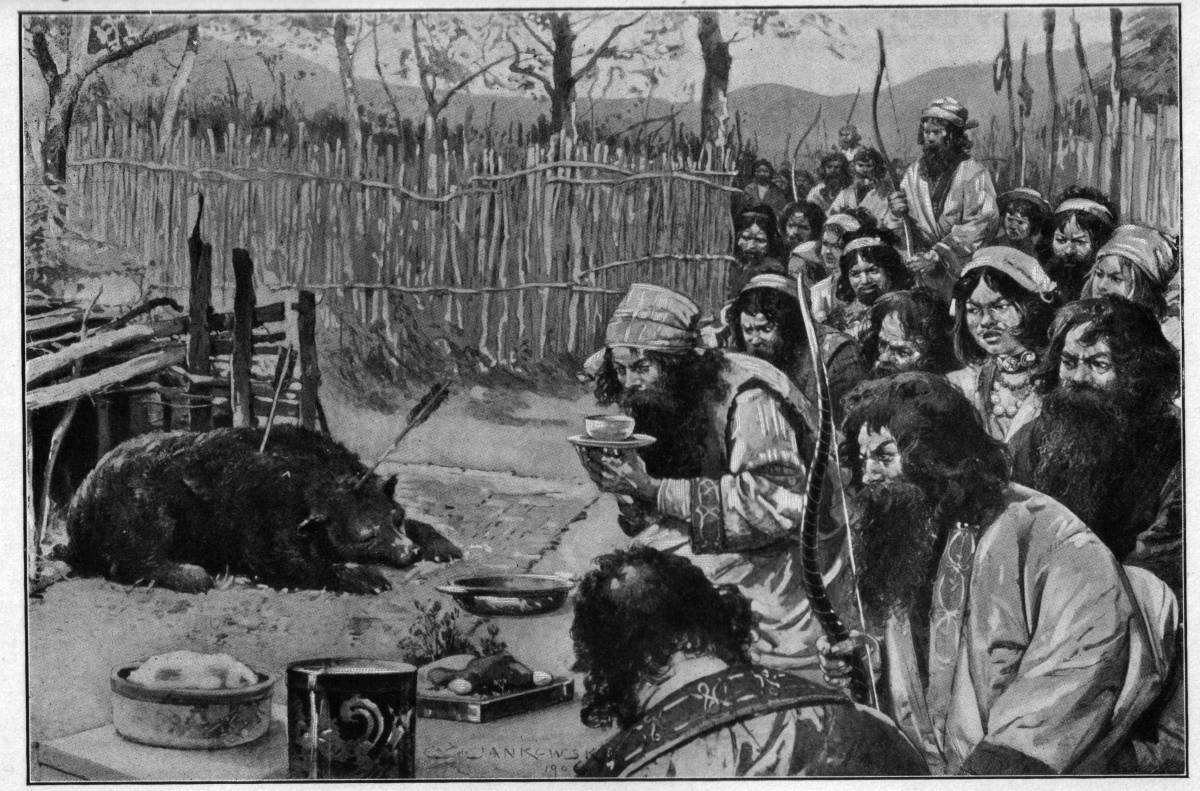 The ‘Ainu People’ living in the remote islands of Japan are said to practice the tradition of Bear Worship, where they sacrifice the bear and drink its blood. The people of the Japanese archipelago, refer to the bear as ‘kamuy’ meaning ‘God.’ The Ainu people of Japan and Russia believe that the bears are Gods walking among them and hence if they sacrifice the bears the whole humanity will be blessed by the Gods. 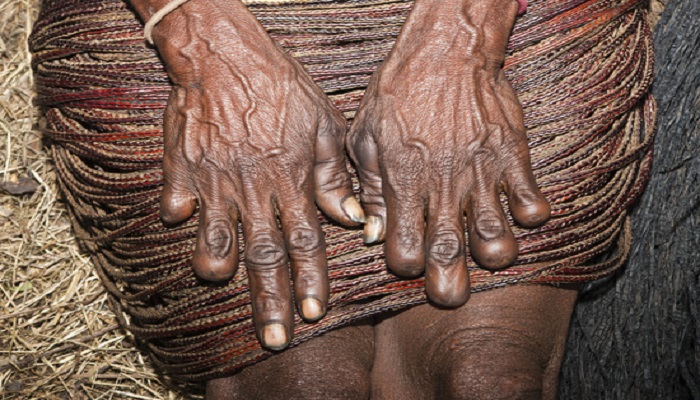 This is one of the most brutal traditions practiced in Indonesia. The people of Dani Tribe of Indonesia believe that amputating the fingers of women after the death of their loved ones is a way of showing their pain and sorrow to the world. The worst part about this is the fact that the fingers of women are amputated by their close relatives – parents or siblings. 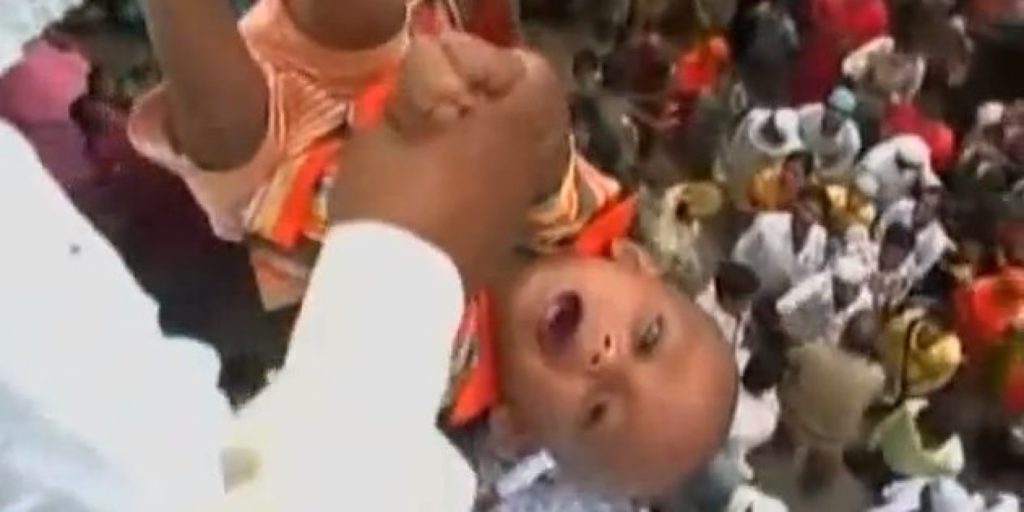 This terrifying tradition is practiced by the people of Karnataka. This tradition which is practiced in the state of Karnataka is held annually. In this tradition, the priests shake and throw the baby (even toddlers) from a tower which is located above 30 feet above the ground. The crowd catches the baby in a large towel, and each member in the crowd is allowed to touch the baby until the baby is handed over to its mother. The people of Karnataka believe that the practice brings good luck to the baby and also its family.

If you know any tradition which you deem to be one of the horrible traditions in the world, do let us know about them by describing them in the comment box below.