Home
Entertainment
20 Things That Aren’t Quite What They Seem

You thought we were done with this, but if there’s anything I love doing, it’s rehashing old properties!

Your world would probably be a better, more creative place if I didn’t do it, but who cares? Reboots, re imaginings, and remakes are where the MONEY is at, baby! So unless YOU want to pay me to use my genius space brain, then I suggest you keep going along with the wacky situations I put you in. Good? Good. Where was I…

Oh yeah! So you’re sitting across from your friend Charlie, one-half of the members of the local Conspiracy Club. The other half being YOU of course. You never wanted to rejoin this dumb club after the Catastrophe that was the last meeting, but you’re afraid Charlie might hurt himself if he’s left to his own devices. So, here you are again, sitting arms crossed across from Charlie, who pins strings together on a large whiteboard. You hope he finishes soon, because the tinfoil is starting to make your head itchy.

“I think…” Charlie finally says, standing back “I think I finally got it”. You sigh deeply: “Is that right, Charlie?”. Charlie spins around to face you, eyes wide and carrying heavy bags. “Yes! There is a connection between these 20 Things That Aren’t Quite What They Seem! They’ll explain everything!”

1. Well, I say, Reginald, it seems our model Ts have been shrunk. You roll your eyes, which has become a custom during these meetings. But Charlie is too focused to notice: “See how the PERSPECTIVE is what changes the size of these cars? What if they’re trying to tell us to change our perspective!” 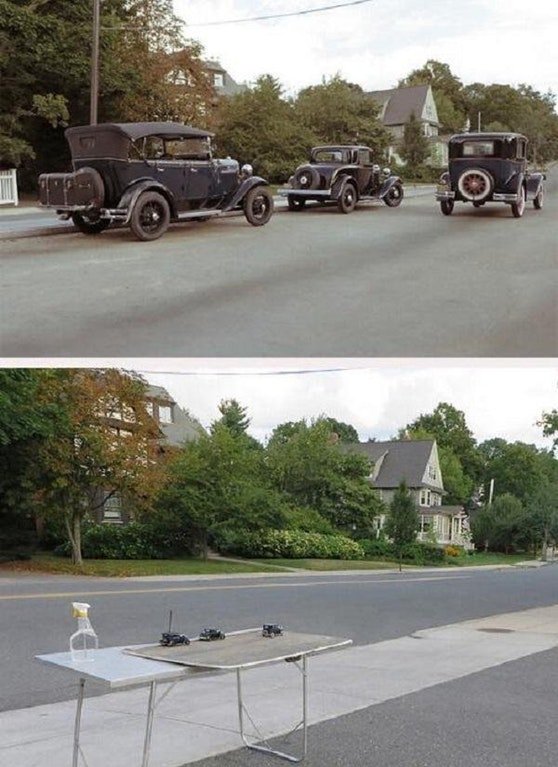 2. Um… Come inside to get out of the… er… outside? “SEE?” yells Charlie “Another perspective trick! What are they trying to tell us?” Charlie stands at his whiteboard, staring deeply into his conspiracy web. That’s it, time to put an end to this once and for all. 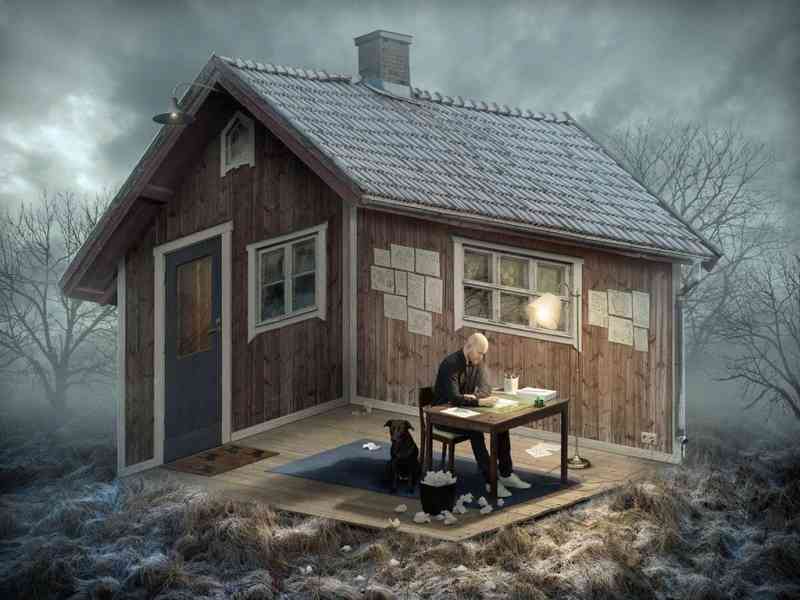 3. OooooOOOOoooo ghost ships! These ships aren’t actually floating in the distance, it’s just really foggy! Charlie starts to launch into a tirade about ghost ships or something, but you place a finger gently on his mouth. “Shhhhhhhh” you coo gently and reassuringly. Yes, that’s right Charlie. Calm down. No more tears, just dreams. 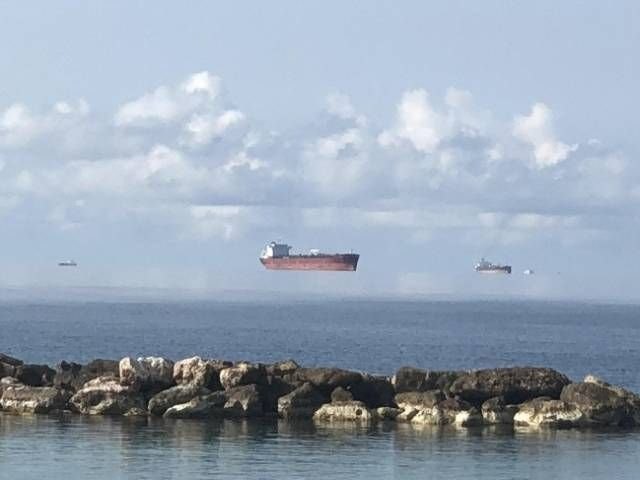 4. This is my dog, Booty. He is kind of quiet, so try not to spook the poor lil guy! “Who exactly are THEY anyways, Charlie?” you ask with an unearned air of smugness. “Well…” says Charlie, confused “They’re THEM. You know, the ones that try to control our minds and put chemicals in the water that turn the frogs gay?”. You jump, taken aback by Charlie’s strange and homophobic conspiracy. “You can’t say that on the Internet Charlie, children go on it!” you cry out. Charlie looks at you, even more confused: “What’s wrong with frogs being happy?”. Ooohhhh, so THAT’S what he meant! That’s what Alex Jones probably meant too. 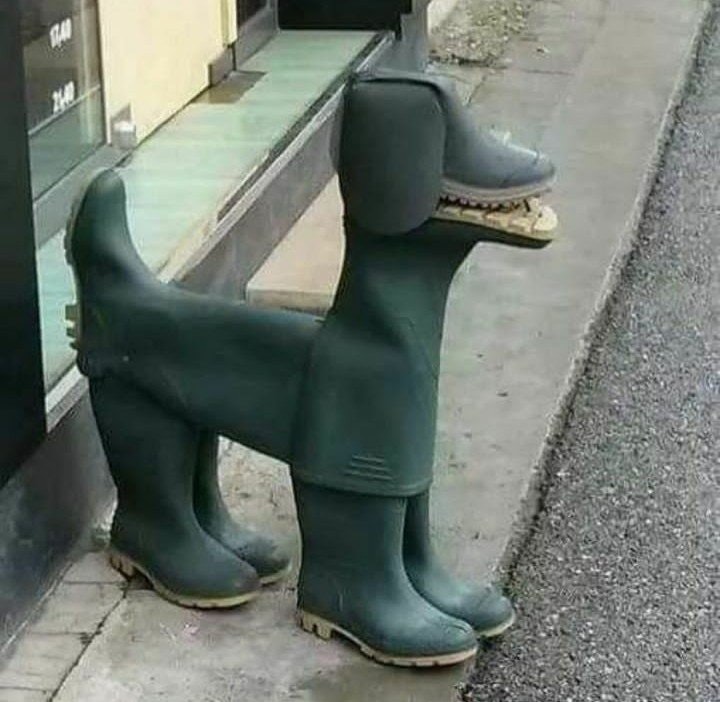 5. RabDuck, RabDuck, alone in the world is a little RabDuck! “Listen, Charlie” you say, placing a hand on his shoulder and feeling it tense up “there are no hidden messages in Providr articles. There are no such things as RabDucks and there is CERTAINLY no one trying to control your mind”. You smile gently at Charlie, who finally seems to relax. He sighs deeply and rubs his forehead: “Maybe you’re right. Maybe I’ve spent way too much of my time and money trying to look for something that isn’t there. The world can be pretty intimidating sometimes and it would be nice for us if we could attribute some of the horrible things that happen to some shadowy, evil group, but the truth is the world is just chaotic and terrible. Maybe I should jus-” 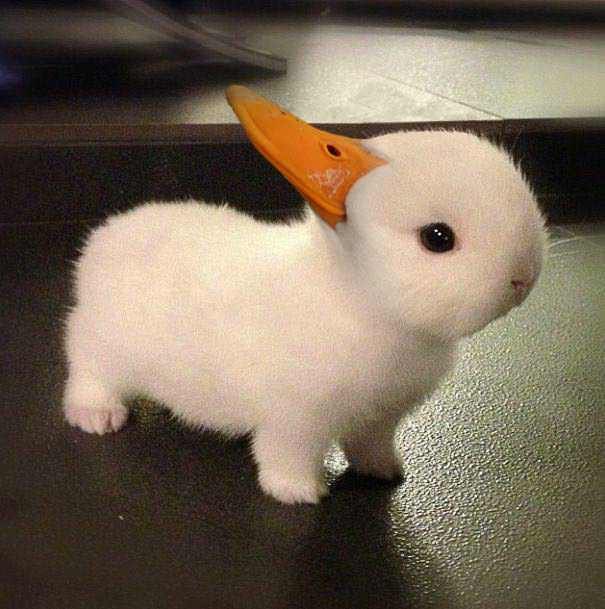 6. City skyline? Or is it a piece of wood? You decide. The three start to arrest you without saying a word. “Hey!” you yell “Who are you people?”. Mulder speaks in his patented, low, sexy voice: “We’re from the Mind Infiltration Agency, or MIA for short. We are the people who try and control your mind”. Oh boy, you’re never going to live this one down. “Where are you taking us?” you ask. “To a city of wood, where you’ll be questioned and your minds will be enslaved. Please don’t be too much of a jerk about it, my job is hard as it is.” 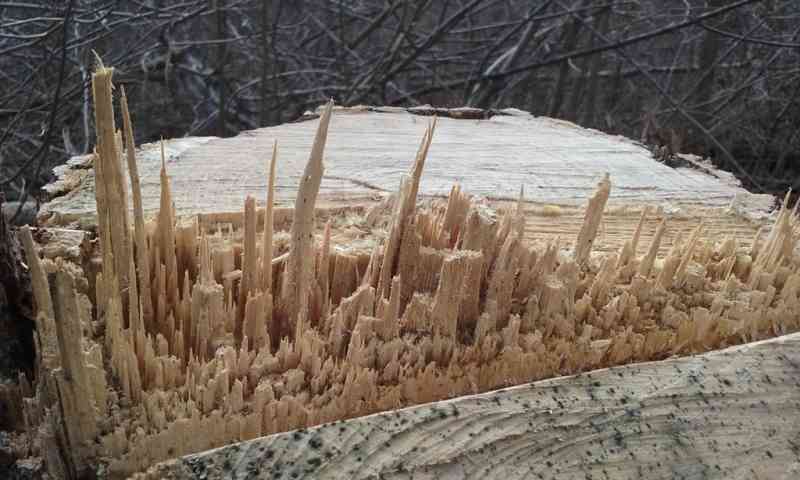 7. Woah, sick concert dude! Not really. Just a close up shot of some lit-up grass. So that’s where they take you, the city of wood. Where the grass look like concerts and the article entries match their pictures. They sit you in some big, splintery room and flash this article on the screen. “This” says Mulder from behind a wooden mirror “is our mind control technique. Please tell me what you see on the screen as it comes up”. 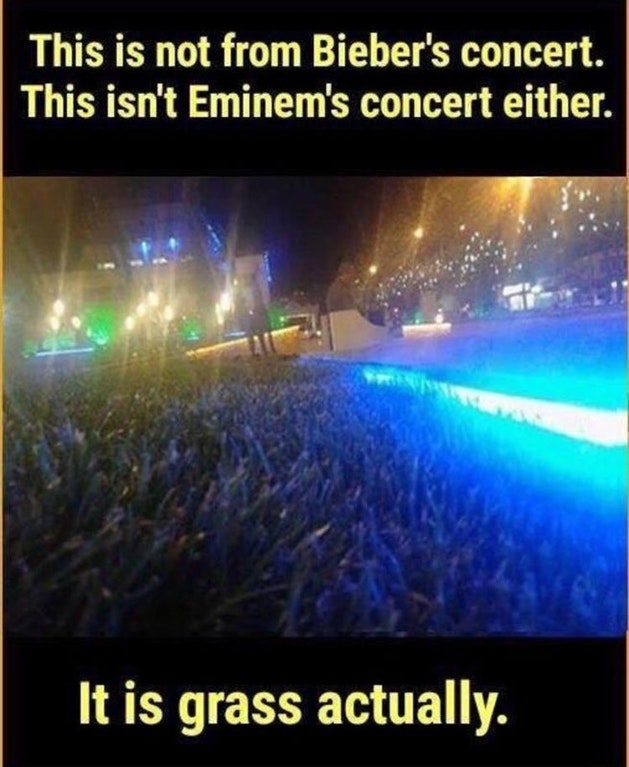 8. Is the cartoon world bleeding into our world? Nope! They’re just really cool “aesthetic” cartoon bags! “What do you see” Mulder’s voice rings through the room once again. “Umm…” you start after a long silence “Drawings of bags?”. “No,” Mulder replies, sending 10,000 volts of electricity through your body “It’s a glitch in the Matrix” 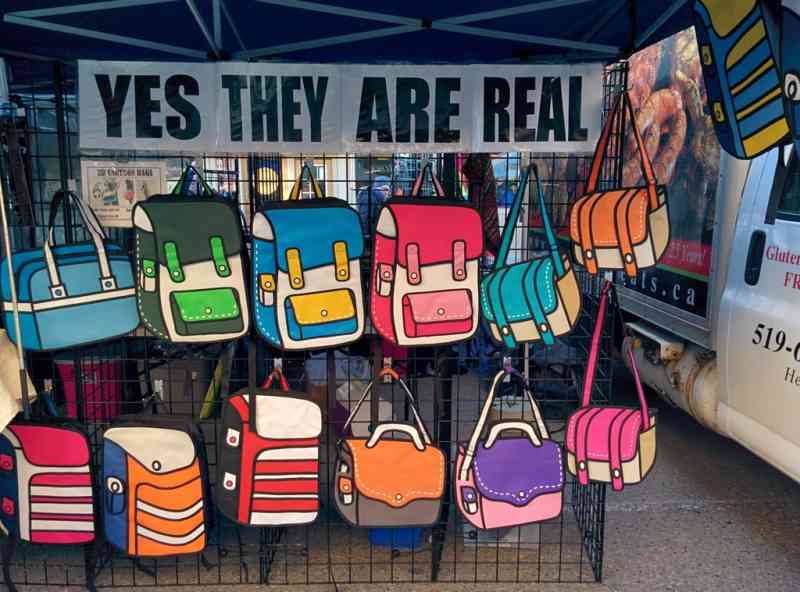 9. Did the apes pick up fishing? Nope, it’s just a guy crouching. “You know” says Scully from behind the secret wooden mirror “Not everything has to be a UFO. Like this picture of a guy fishing COULD just be a guy fishing, or maybe a gorilla or something”. Mulder rolls his eyes at Scully, then he and Paraketo share a look. “WOMEN, eh?” he says sarcastically. 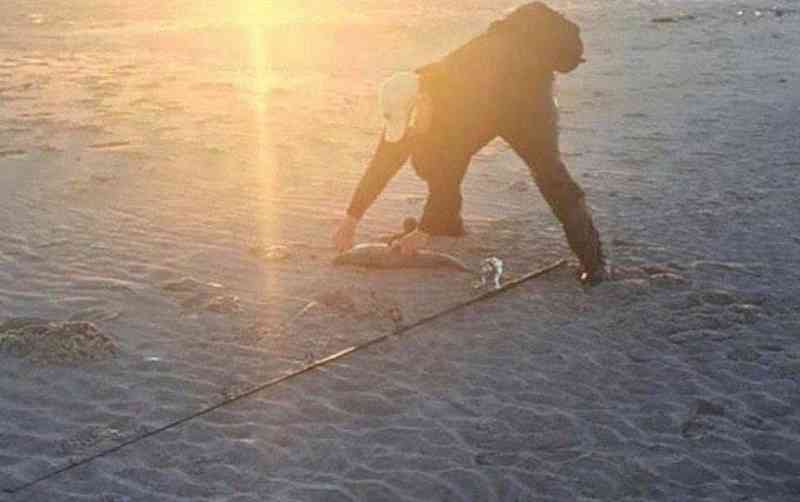 10. Mushrooms on a racetrack or women working in a field. Mulder, Scully and Paraketo stand in silence, all trying to decide whether to shock you or not. “Is their mind controlled or are they just giving the right answer?” asks Scully. Mulder shrugs: “What’s the next picture?”. Scully looks at her phone and says: “Two people who look like mushrooms on a track”. Mulder scoffs and shakes his head: “I wasn’t asking YOU Scully” and then he turns to Paraketo who says: “Tweet”. 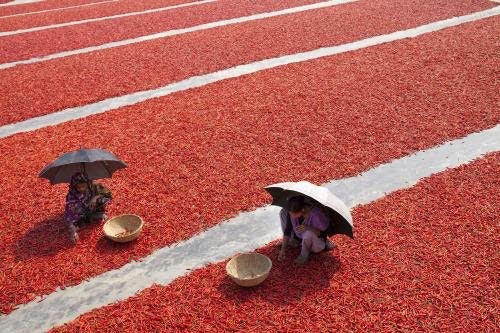 11. A wasp’s nest or a Church’s attempt at making their statues look cooler. Electric shock runs through your body, seizing it up and making you rock around like a jittery teenager who drank too much coffee. You’ve tensed your body so much this afternoon that it feels like you have a wasp’s nest attached to your body, like in this picture. “What was that for?” you scream. 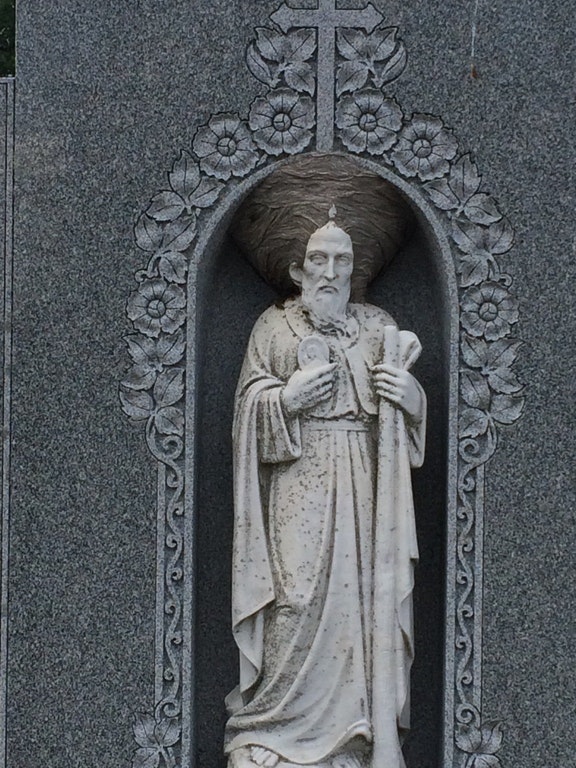 12. Hey, cool doll! Wait a minute… Mulder and Scully stare at Paraketo. “Yeah, what WAS that for?” Scully asks. Paraketo stares evilly into the room and says softly: “Tweet…” Mulder and Scully look at each other, weirded out. “This is worse than the time he brought homemade voodoo dolls to the office… Paraketo I think you need to see someone” says Mulder. 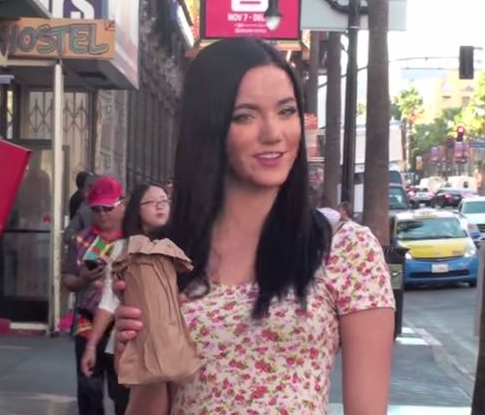 13. That’s some good lookin’ bacon! Can’t wait to build a table with it! After they change the photo to what you THINK is bacon, there is a long silence from the booth. When you’re sure no one is still watching, you start to tug at your restraints. Luckily, they were tied by a human-sized parrot, so they’re not too tight. 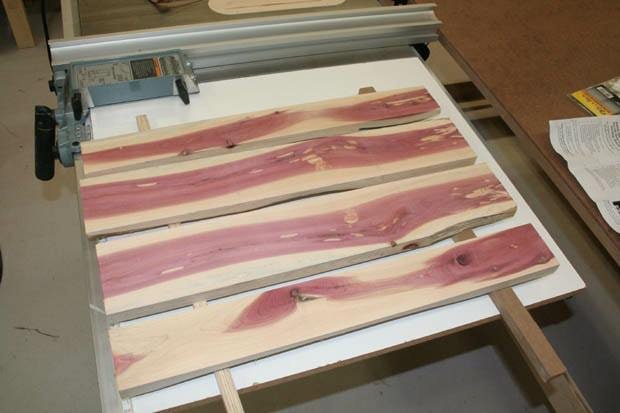 14. This is either Jupiter or the view of a field through a telescope. SNAP! Off come your restraints and you B-Line it to the nearest doorless wall, which luckily for you breaks really easily. Around you are either pictures of Jupiter or some field, you can’t really tell. What you DO know is your plan: rescue Charlie, escape and profusely apologize. 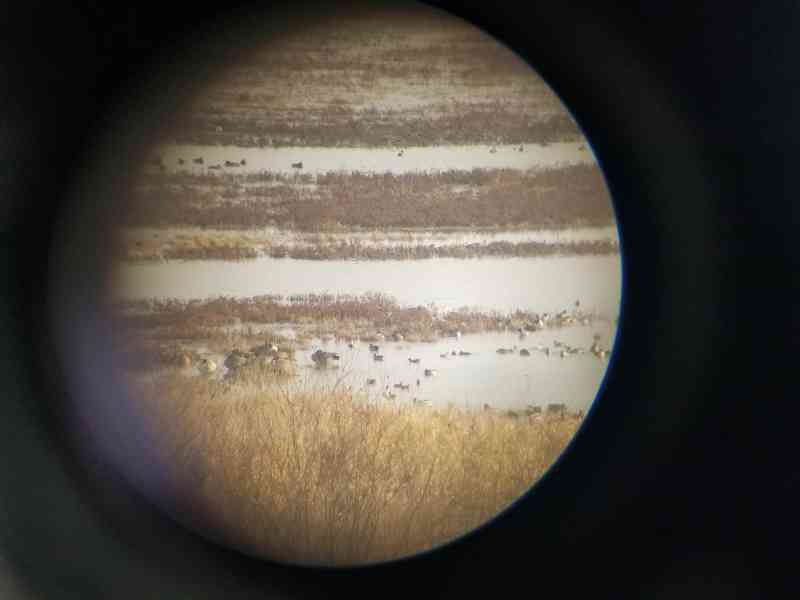 15. Is it the face of an ancient Egyptian pharaoh, or just a plastic jug? You run down the halls and see a door marked: “Evil Artifacts and Charlie holding cell”. Aha! That must be the cell in which they’re holding Charlie! You break through the door and see Charlie surrounded by artifacts, including what looks to either be an ancient Egyptian statue head or a milk jug. 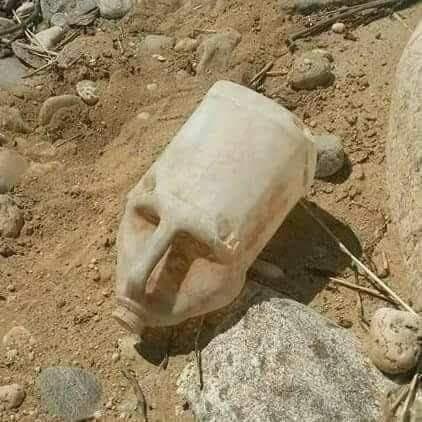 16. Oh no! I spilled my coffee on my dog! BOOM! Scully, Mulder and Paraketo all burst through the door as your undoing Charlie’s restraints. Quick! Find something to defend yourself with! You grab a nearby coffee cup and try to spill it on your captors, but a dog comes out! An Australian Shepherd, to be exact! 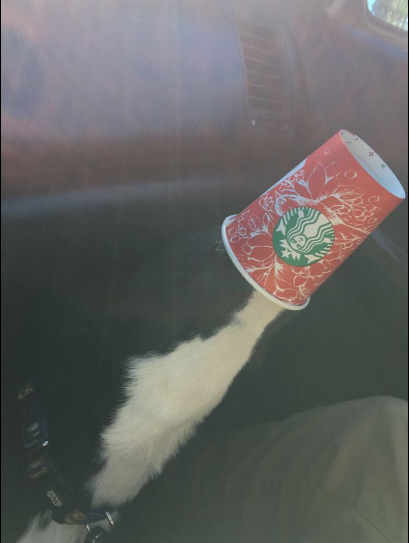 17. Another sick concert or a close-up shot of a carpet under a table. “Give it up” says Mulder, raising his giant table at you, ready to throw it. Darn those standard issue giant tables! Well, who knows, maybe death won’t be so bad! At least it’ll be better than assimilation. You back up, blocking poor Charlie and ready to accept your fate, until… 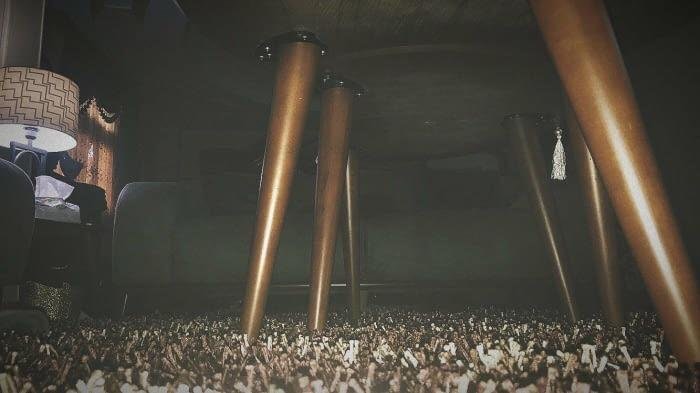 18. The Matrix code or a farm. The world goes all black and suddenly, green lines start to fill up your vision (like the ones in the PICTURE), followed by a flash of white light. When you open them, two of your old friends appear before you: The Sunglasses Guy and Rob Schneider! Woohoo! They’ll save you from these three menaces! 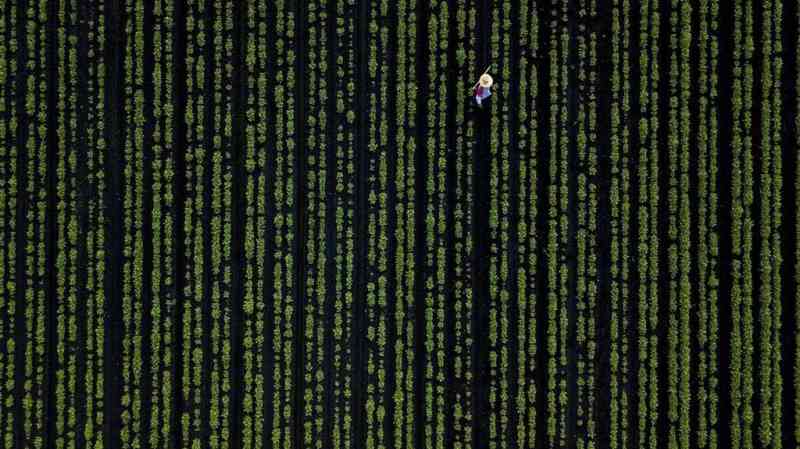 19. New York skyline or radiators? “Hey, wait up a second. We want to kill this guy too” says the Sunglasses Guy. Oof, maybe not. “Well, that’s too bad” says Mulder “because we’re going to send them to the radiator planet to make them toil on the radiator farms!” 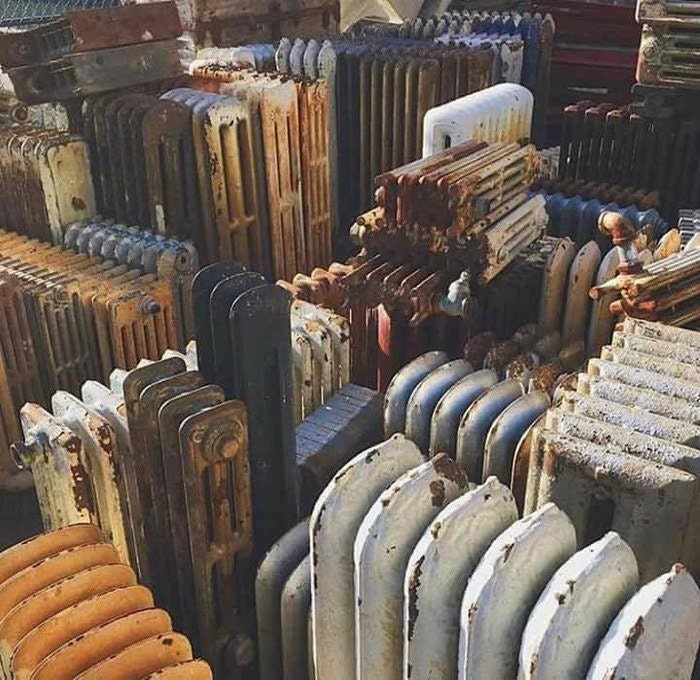 20. Piano keys or the shadows cast by a handrail. While the two groups of potential murderers argue over who is going to do what with you, you silently untie Charlie’s restraints. When he’s good and free, you throw him over your shoulder and cry out: “Hey LOSERS” before stepping down HARD on the giant piano below your feet. 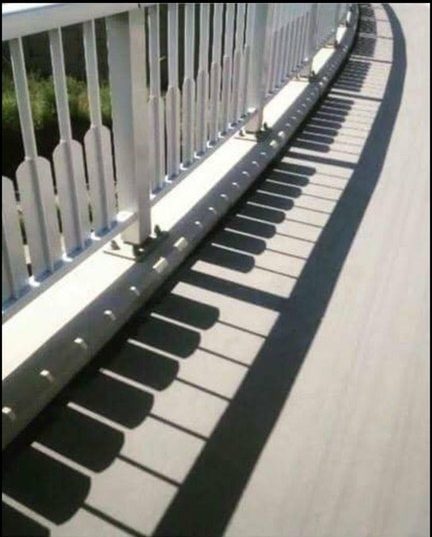