Home
Entertainment
20 Hospital Foods From Around The World

Being in the hospital is never fun. Aside from being ill or injured, there are a ton of other unpleasantries. You’re being poked and prodded, you’re not able to sleep in your own bed, and you have to endure the dreaded and disgusting hospital food.

Prepackaged, frozen and gross — that’s usually what comes to mind when you think of hospital fare. Internet users around the world have shared photos of their hospital meals and to be honest, a lot of them don’t look so bad. Some entries on this list look like they’re from actual restaurants.

But, as we know there’s always a few in the bunch. Some of the following meals are just as you’d expect them to be — if not worse. Check out what these 20 patients have eaten in hospitals around the world.

1. Poland: What do people go to Poland for? Polish sausage, of course. By the looks of this photo, you’re not going to get any appetizing kielbasa in this hospital. Dinner is served: bread and butter with a side of chunked cucumber and sausage. 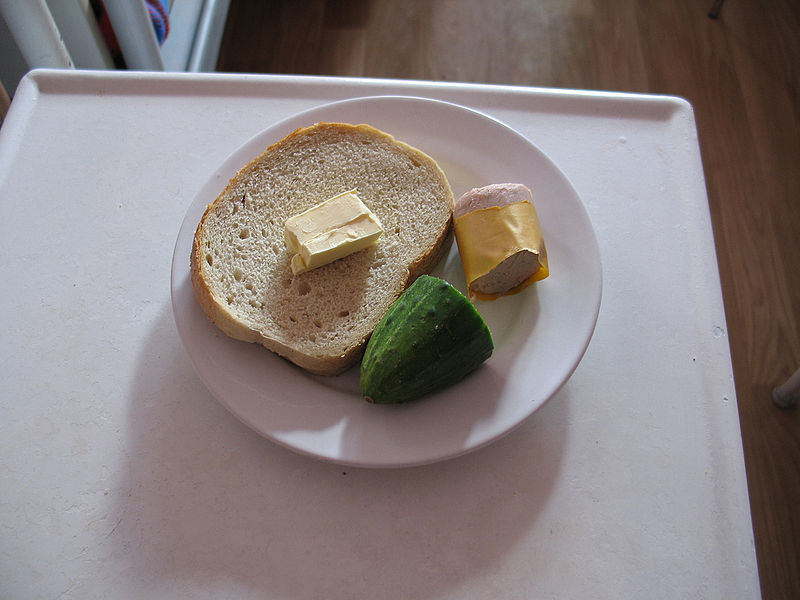 2. Malvern, Australia: Now this looks like something you could stomach. Australian hospitals must have some talented chefs (or some impressive frozen food suppliers). This dish is Salmon patties with saffron cream sauce, parsnip soup and a yogurt banana cake. 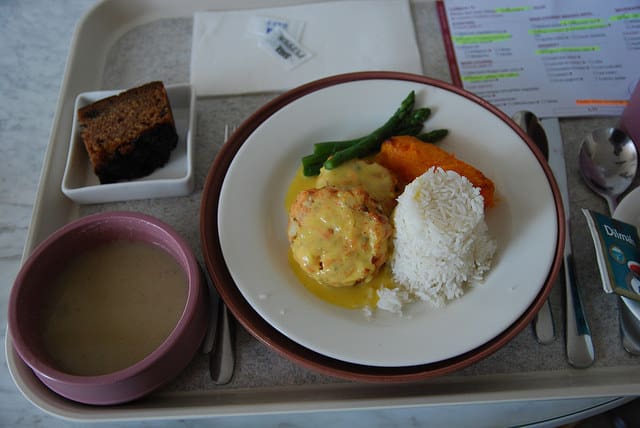 3. Sydney, Australia: This one’s not quite as fancy as the previous Australian hospital meal. The patient has a prepackaged pumpkin soup bowl, peas, mashed potatoes and a pile of slop that’s apparently supposed to be apricot chicken. 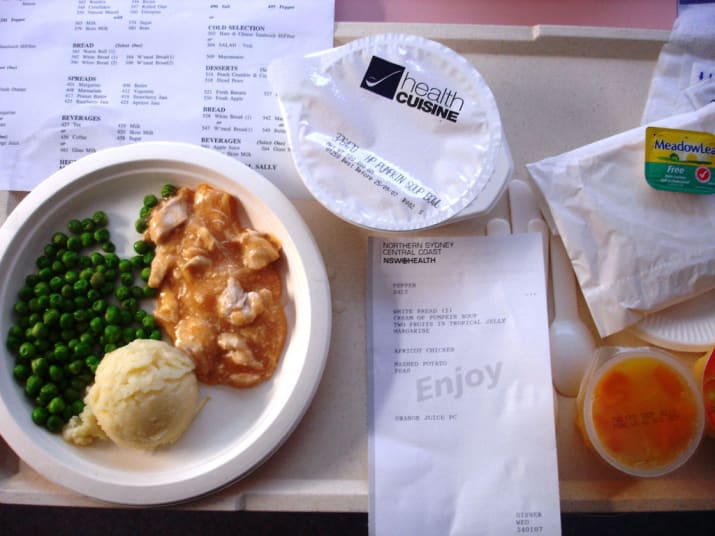 4. Germany: What would a German meal be without some schnitzel? Even in the hospitals there it’s served to you. This particular meal comes with a side of dumpling noodles, salad and cake for dessert. 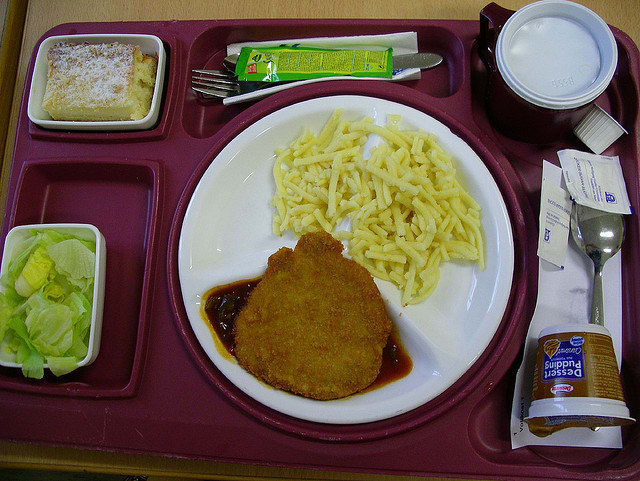 5. Tokyo, Japan: Where’s the sushi? While Japanese hospitals don’t seem to serve any raw fish to their patients, they do serve yummy miso soup, rice, pickles and chicken. 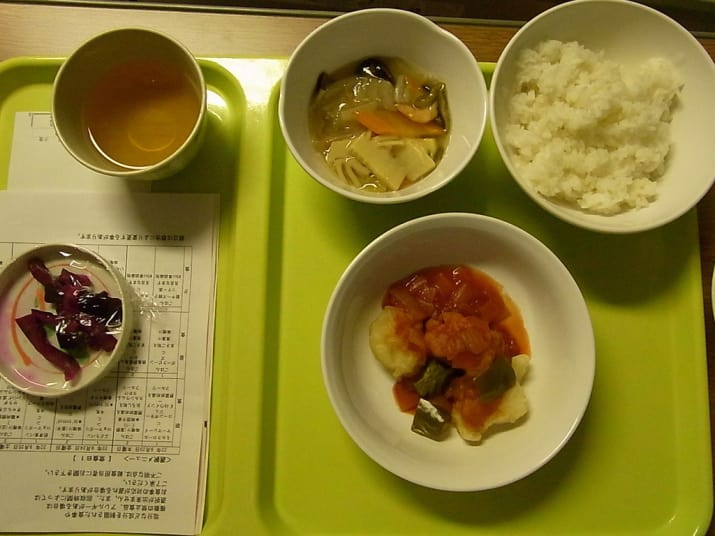 6. Osaka, Japan: Still no sushi, but this hospital meal does seem a lot more traditional for Japan. If you didn’t know any better you’d think this was from an actual restaurant. 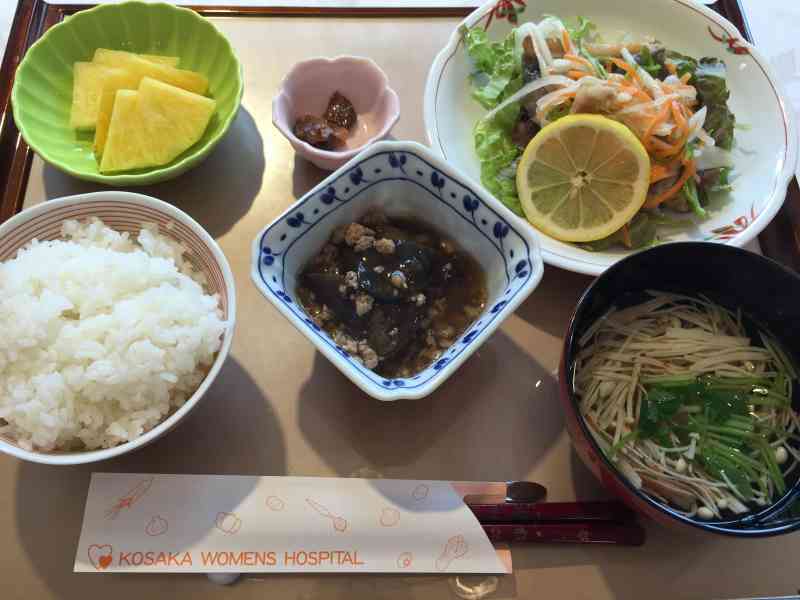 7. Norway: No that’s not a hockey puck, it’s just a bunless hamburger. If you want a bun you’ll have to make due with the side of bread and butter they provide here. Note to self: never end up in a Norwegian hospital. 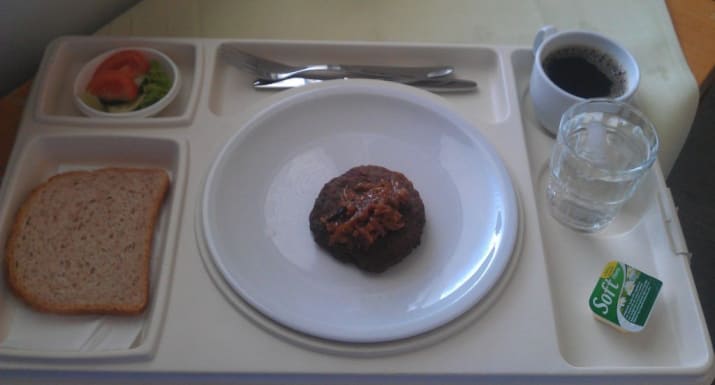 8. Malaysia: While there aren’t any healthy veggies on this plate, this meal does look like something you’d order for takeout. Yummy it may be, but healthy it is not. 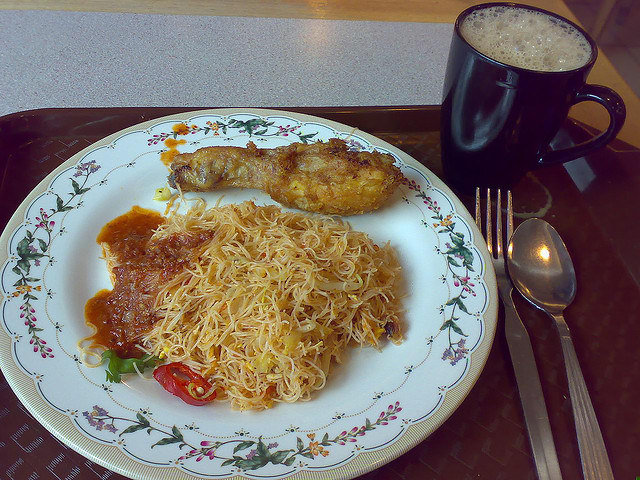 9. France: Okay, sign me up for a hospital stay in France (preferably for something minor). This meal looks like something you would get at a French restaurant. This three-course meal started with fish salad, had a main course of chicken and courgette and finished with a slice of pie for dessert. This hospital dish is drool-worthy. 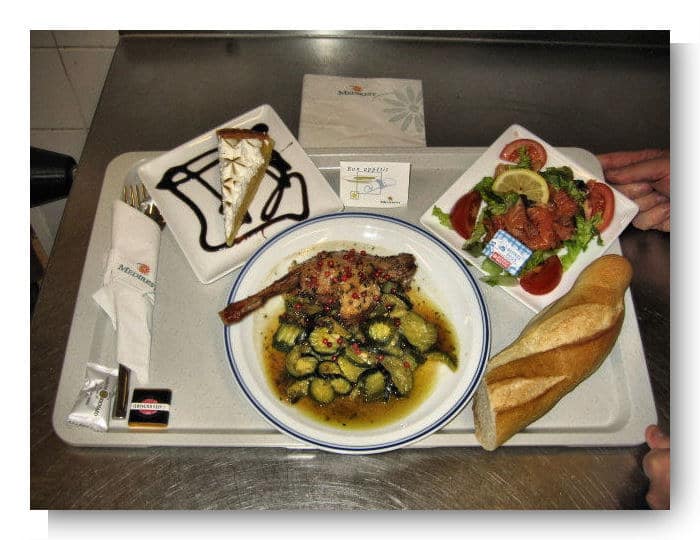 10: South Korea: With a wide variety to choose from at a children’s hospital, this meal looks like it’s fit for a parent and their child. There are lots of healthy options on the tray to ensure kids are getting their nutrients. 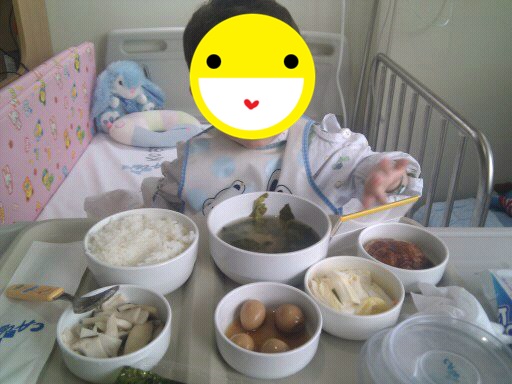 11. Massachusetts, USA: Hospital food can go one of two ways in North America. This option is on the healthy side. There’s an appetizing salad full of leafy greens, berries and goat cheese along with a side of chicken soup. 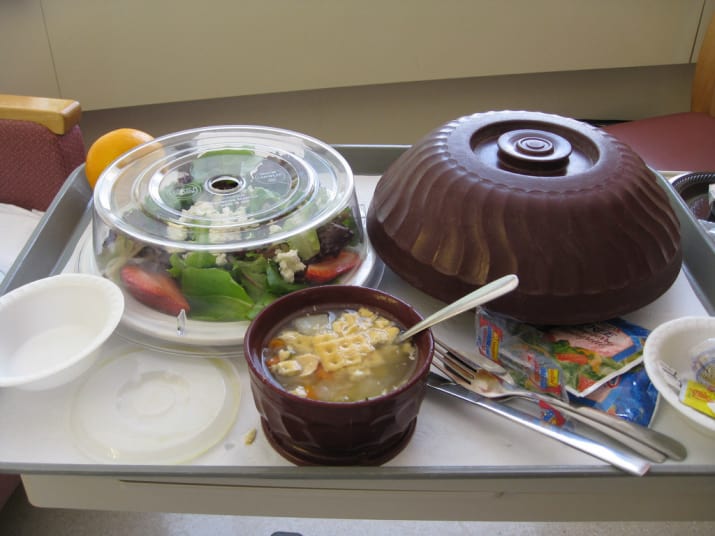 12. California, USA: Now, here’s the unhealthy side. Aren’t Californians supposed to be known for healthy lifestyles of green juice and avocados? Apparently not for the patients at this hospital. What goes better with health issues than a nice greasy burger and fries? 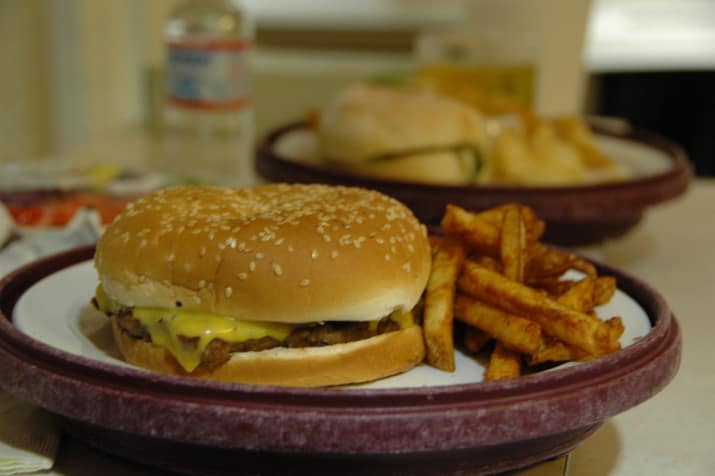 13. Sweden: Swedish meatballs are not on the menu at this hospital. Rather, they serve something a little more flavorful and gave this patient chicken curry with a side of fruit. Presentation could use some work but we can’t judge a book by its cover, right? 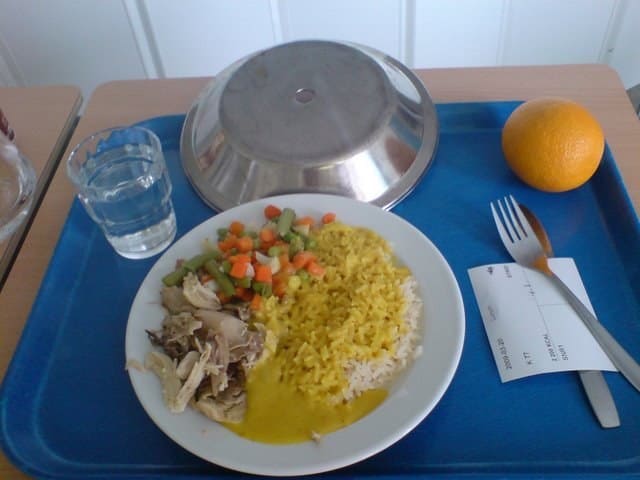 14. Canada: Sadly, it doesn’t look like there’s any poutine or maple syrup on this plate. Instead, this Canadian hospital stuck to the healthy stuff serving steamed rice with sweet and sour pork and bok choy. 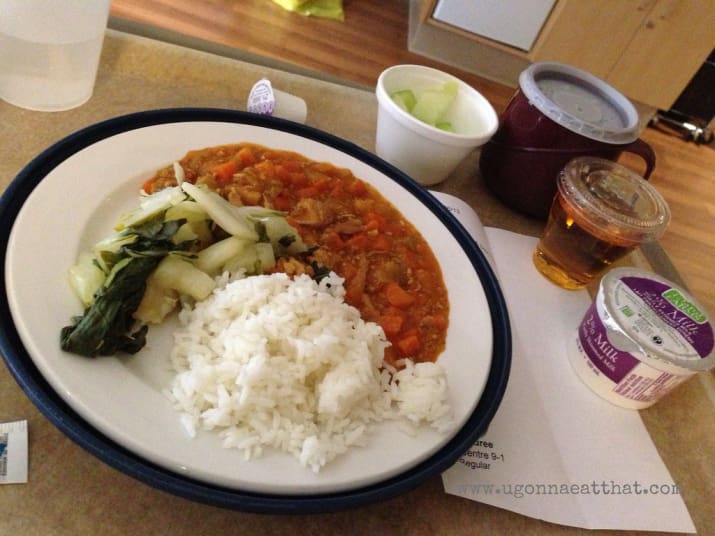 Creative Commons/Flickr:Are you gonna eat that

15. Indonesia: The patient who got this for dinner in an Indonesian hospital said it was surprisingly good. It’s a well-balanced meal of noodles, chicken, eggs, and rice porridge. This hospital knows what it takes to get their patients back on their feet. 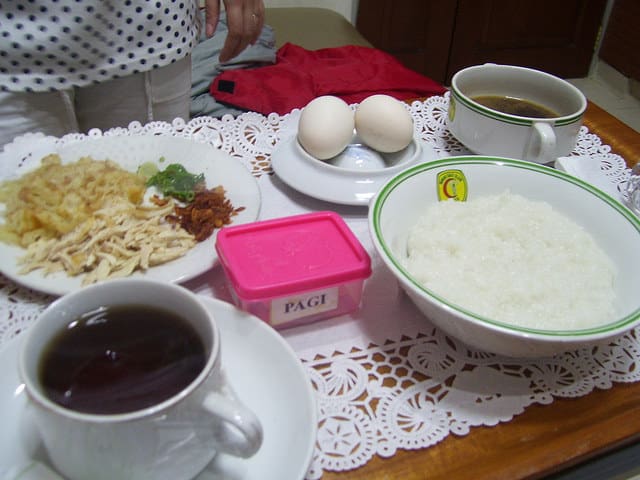 16. Britain: Now this doesn’t look too bad. But, how does it taste is the real question. It looks like this patient skipped over the “cauliflower cheese” dish and baked beans for minestrone soup, mashed potatoes and a beef, onion pastry. 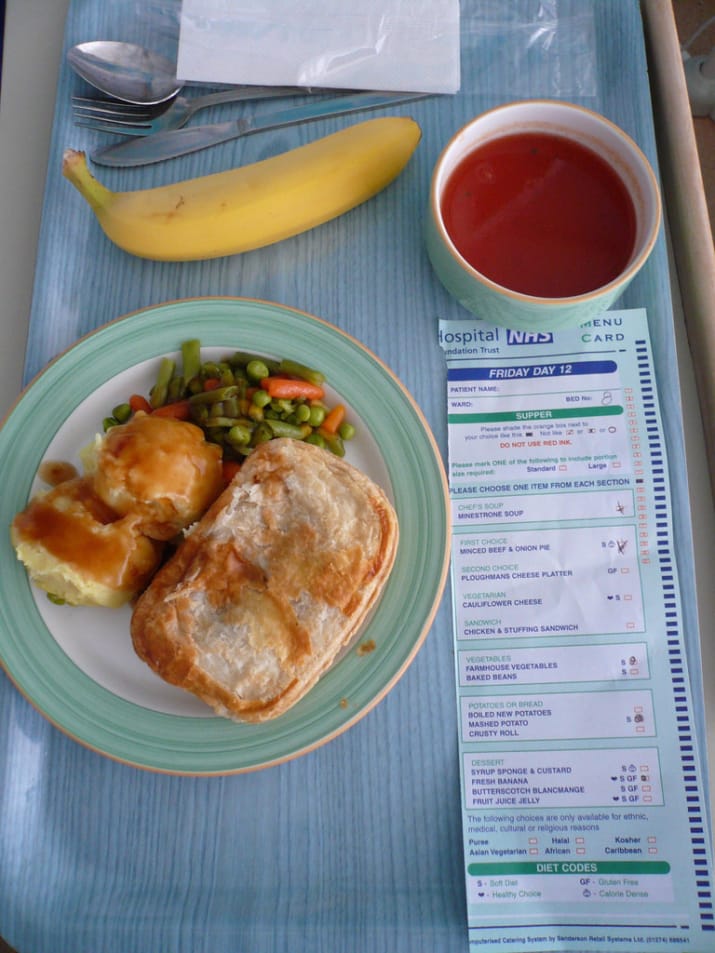 17. The Netherlands: A patient who had a hospital stay in The Netherlands posted nothing but good things about the meals he received. Here, he had white fish with green beans and mashed potatoes. 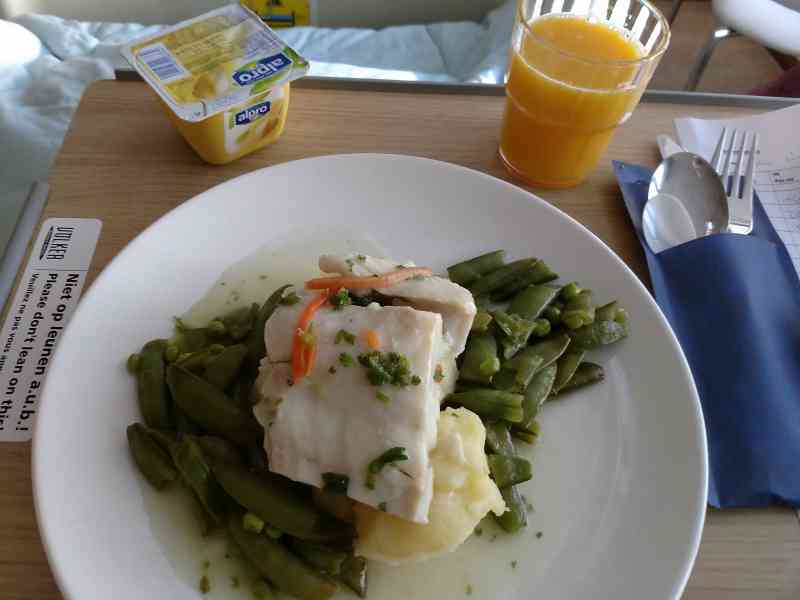 18. United Air Emirates: Okay seriously, is this food from a 5-star resort or a hospital? Judging from the view in the background, it is, in fact, a hospital. Check out the fancy floral touch. Along with this fancy breakfast, the patient also posted that he received meals like pork tenderloin with mango salsa. 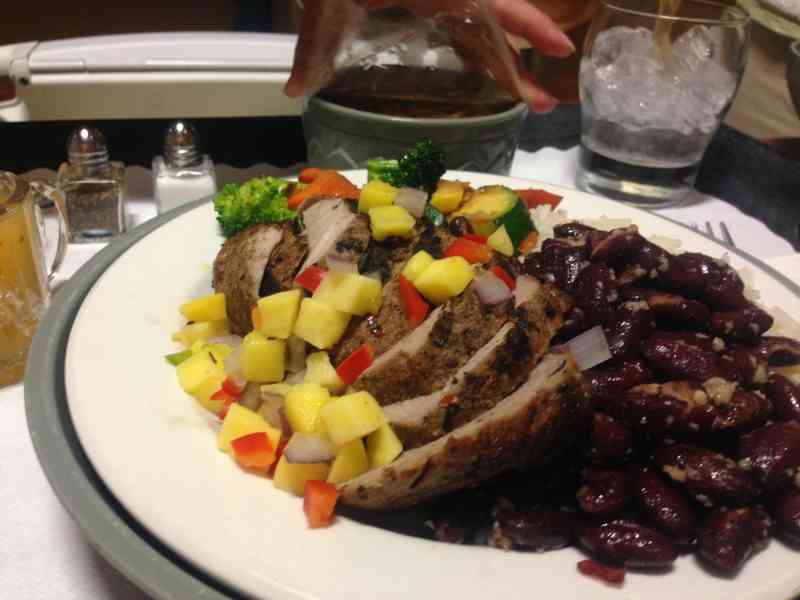 19. Qatar: Now this is exactly what everyone thinks of when they think of hospital food. A questionable looking meal divided up into a plastic container. Despite what it looks like, the patient posted that this meal was actually good. 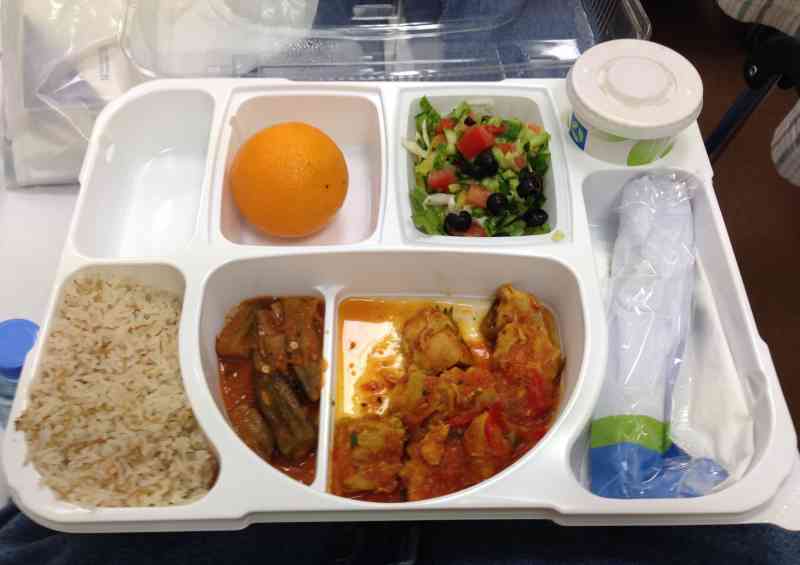 20. Russia: The look of this meal is enough to make you gag. It’s hard to tell if that’s supposed to be breakfast with the oatmeal-looking slop. Or, lunch with that slice of mystery meat. 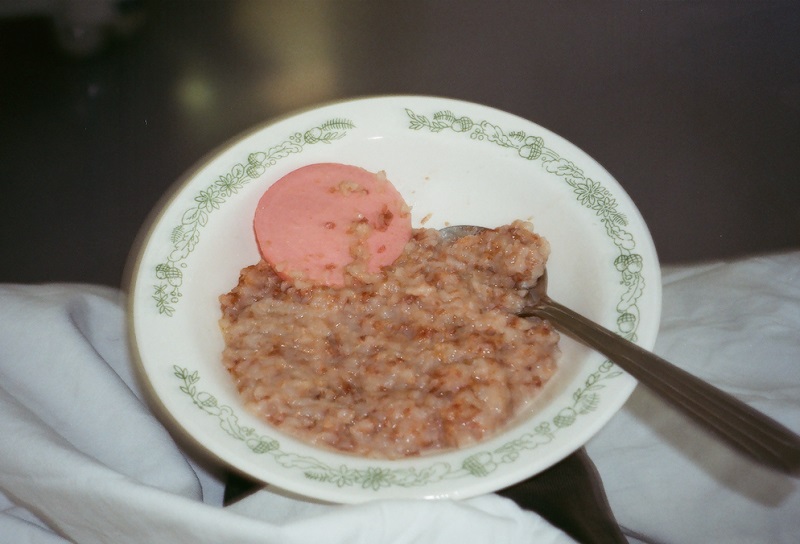