Every country has its own laws, traditions, rules, and specific features that might seem strange and even shocking to the people of other cultures. For example, did you know that women in India can marry a tree? And it’s not because they are crazy about nature. Or that in South Korea babies are considered to be one year old at birth? Or that Australia fines its citizens that don’t show up to elections?

Our world is amazing and unique and the following 15 facts confirm this statement.

15. Sundanese people in Indonesia sometimes use banana leaves instead of plates. 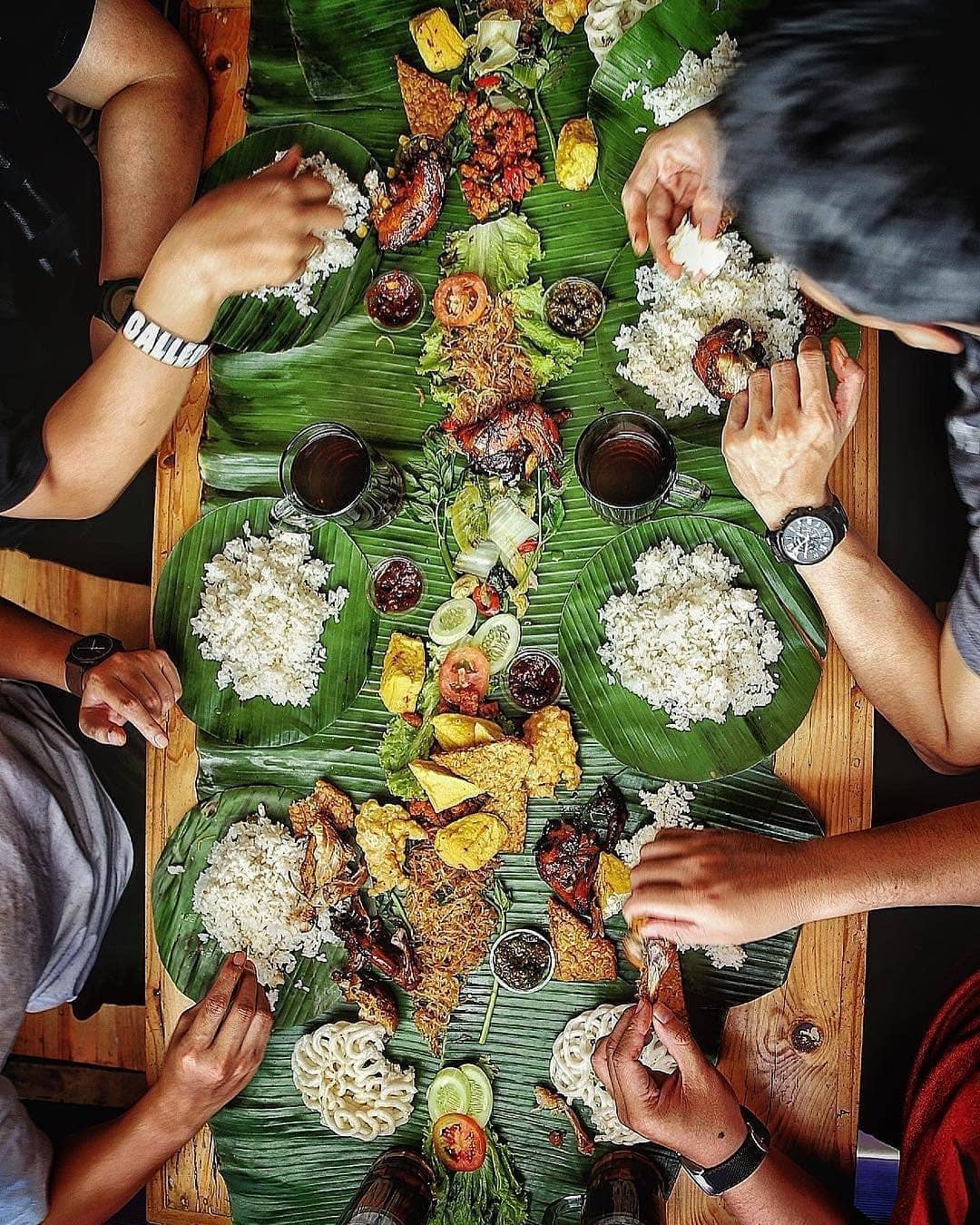 The same tradition can be seen in other hot countries, but in some parts of Indonesia a banana leaf serves as a plate for several people at once. This type of gettogether is called botram, which literally means “eating together.”

People from completely different social positions can eat from one leaf: a taxi driver, a governor, an unemployed person, a teacher, the mayor of the city, etc. It’s believed that botram unites all people regardless of their origin. Cutlery is also not used during this meal — the food is eaten with the hands.

14. There is a cult of live Kumari goddesses in Nepal and it is made up of little girls. 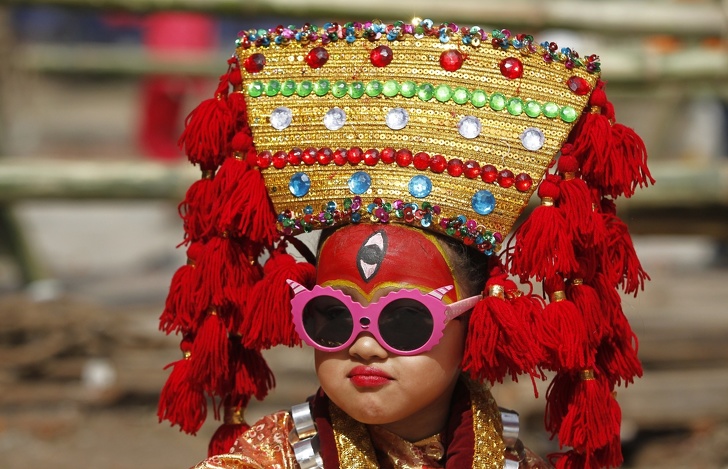 People in Nepal believe that the Hindu goddess Taleju has an earthly incarnation in little girls whose bodies she sometimes possesses. The process of looking for Kumari (the living goddess) looks like the process of searching for the Dalai Lama’s new incarnations. It is done by astrologists and monks — they search for the Kumari among the Shakya caste in the Newari community.

There are several Kumari in the country, but the most famous one is the Royal Kumari that lives in Kathmandu. The selection process consists of several strict rituals, after which the chosen one settles in a palace where she receives visitors with presents who hope that the living goddess will send them blessings for good health, as well as solutions to all their problems.

13. People in Israel build temporary dwellings called sukkahs in order to live there during the celebration of Sukkot. 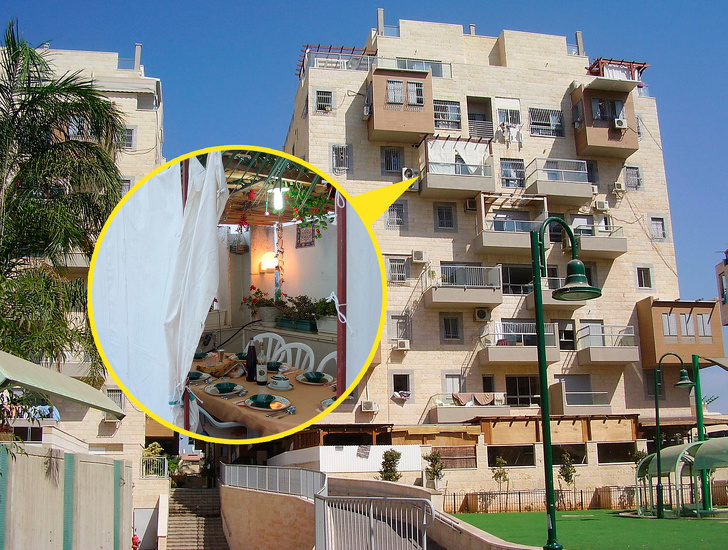 It is customary to build temporary shelters called sukkahs in yards or on balconies. These are built in memory of the wanderings of the Jews in the Sinai Desert before the celebrations of the Sukkot feast start. It is considered a sacred duty. One should spend as much time as possible in a sukkah during the week of celebrations — eat there, rest there, and pray there. If living there is not an option, having meals in a sukkah twice a day is obligatory.

12. Newborn babies in South Korea are considered to be one year old.

Newborn babies in South Korea and in some other countries are considered one year old. Additionally, it’s believed that a person becomes one year older not on their birthday (though that is celebrated too) but on the first day of the Lunar New Year.

So, if a kid was born on the 29th day of the 12th month according to the Lunar calendar, it means he will turn 2 years old on the first day of the Lunar New Year when, in fact, he is just several days old.

Contemporary Gregorian calendars, as well as the contemporary measurement of age, are used in Korea too. They use this data when filling out various documents and this age is used to define when they start school or when they are allowed to get legally married.

11. A metro passes through a block of apartments in China. 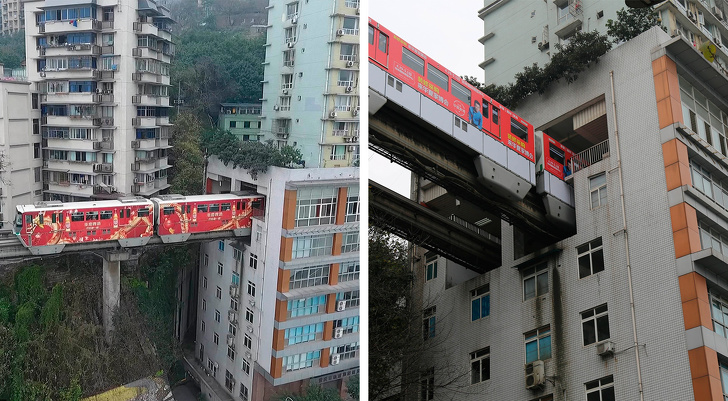 There is an extremely atypical architectural solution that you can see in the Chinese city of Chongqing — the Liziba monorail train station is located inside a residential building. The trains pass through it on the level of the 6th floor and it has garnered various reactions — from admiration to indignation. It seems this solution has been used in Japan as well. The building there is not residential, but a commercial office building and it’s a highway, not a metro, that passes through it. 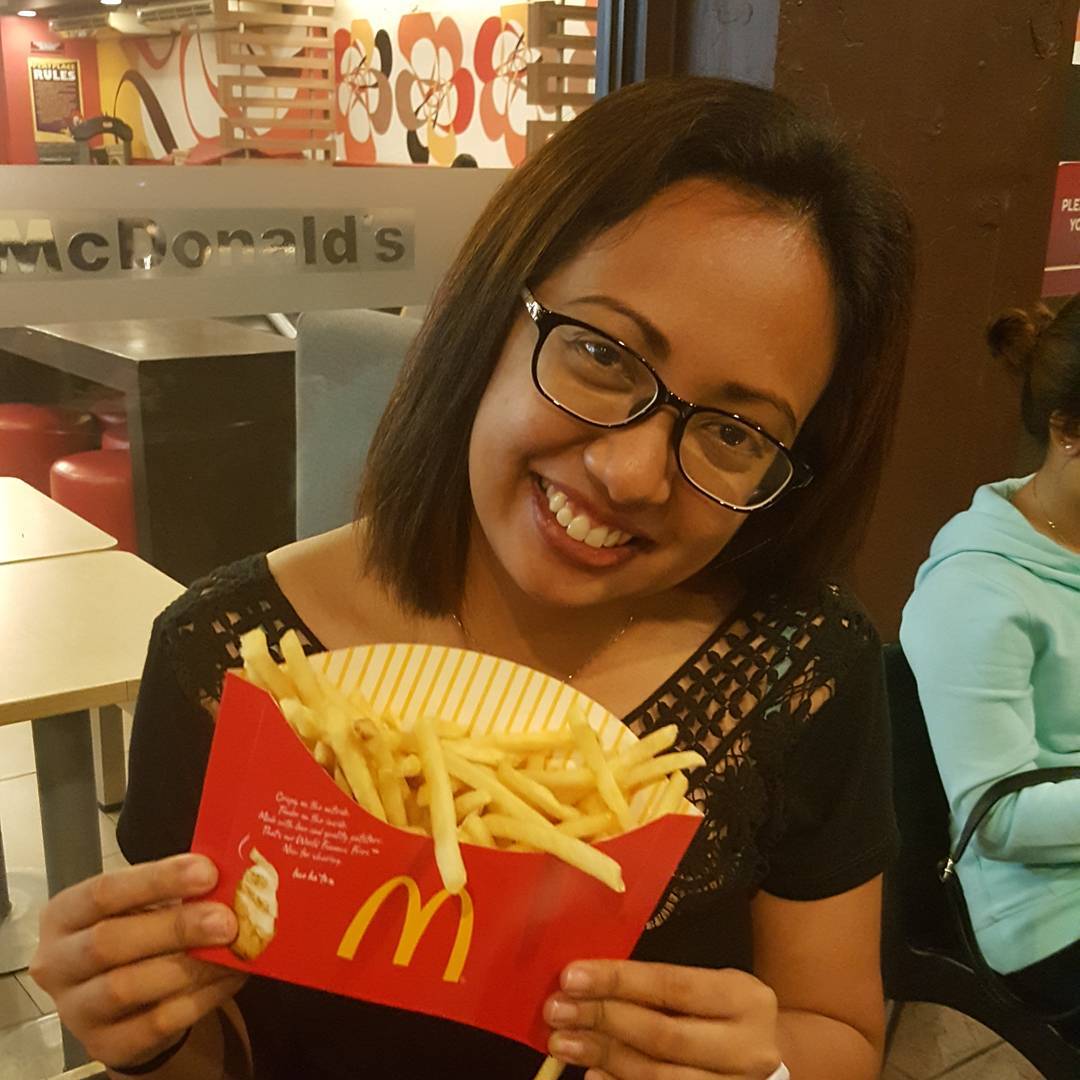 The reason is not because Filipinos are gluttonous, but because many people like to have lunch in the company of friends. There is even a special word for these gettogethers — barkada. So don’t get surprised if you see a portion of French fries for 6 people on the McDonald’s menu in the Philippines.

By the way, there is a similar situation in Saudi Arabia where fast food restaurants are set up for big families. For example, you can easily see a basket of chicken wings that will be enough for 10-15 people on the menu at the local KFC.

9. A whole family can fit on one motorcycle in Pakistan. 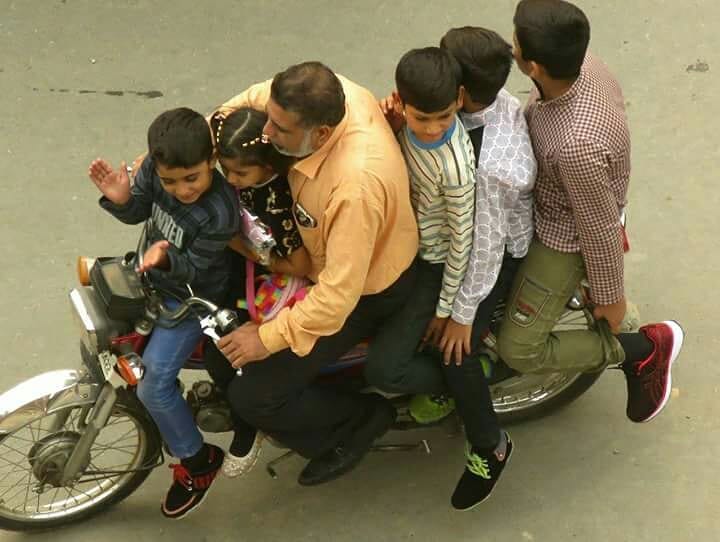 This situation is neither safe nor comfortable, but it can be seen pretty often in Pakistan and many other countries. These photos are usually laughed at on the internet, but they are actually something we should think about. Sometimes poverty gives people no other choice than to do strange and often dangerous things.

8. Egyptians have a completely different concept of traffic rules. 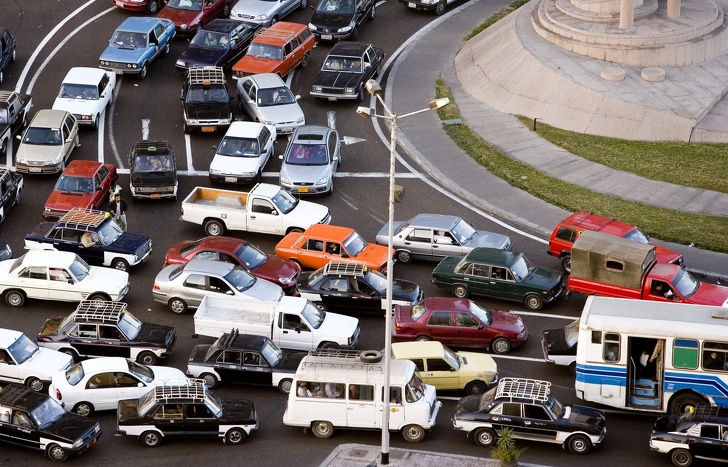 You can drive any way you want in Egypt and it’s unlikely that your driving license will be revoked. Of course, this type of driving creates traffic jams, emergency situations, and many dangers for commuters that are on bikes or walking. Officially, the traffic rules in Egypt are the same as they are all over the world, but the fact is that policemen there don’t really pay much attention to these violations. 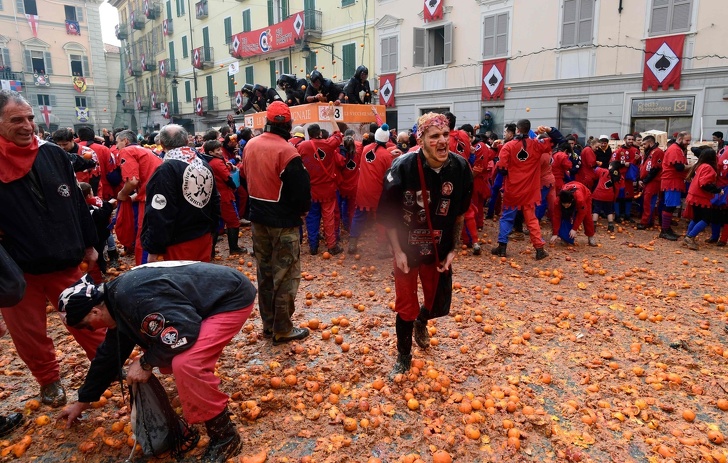 Every year, in February or at the beginning of March, the Carnevale d’Ivrea is held involving the traditional battle of oranges. People throw oranges at each other like snowballs. Why oranges you might ask?

According to some historians, this battle is the symbol of a popular uprising against the despotism of lords. But there is a more interesting version about a girl named Violetta who protected herself from the local tyrant ruler who was going to use his right of the first night. Guards tried to arrest Violetta but the citizens saved her by throwing stones at the guards. Today, oranges symbolize those stones.

And though this tradition has its opponents (which is not surprising because 350 tons of oranges are wasted within 3 days of the event), the number of participants of this unusual festival increases year after year.

6. Residents of Great Britain need to buy a separate TV license for each TV set at home. 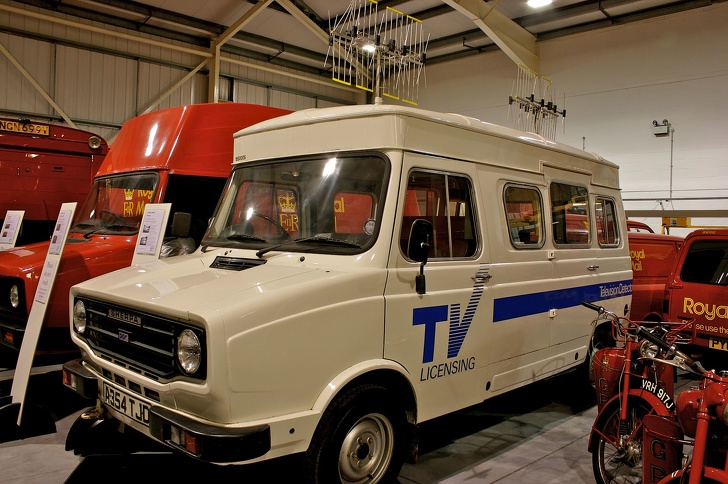 BBC is public television and is funded by licensing fees paid by citizens who have TVs and other devices where they can watch live broadcasts like computers, laptops, smartphones, tablets, and even gaming consoles.

This license costs £145.50 per year and residents either have to buy it or to reject it with a written application explaining their reason for not watching TV. Otherwise, they could be slapped with a huge fine. It is impossible to reject the service and watch TV programs illegally — there is a special service called the Enforcement Division (you can see the retro car from this service in the above photo) that will come to your home without warning and check.

5. There is a church tax in Germany. 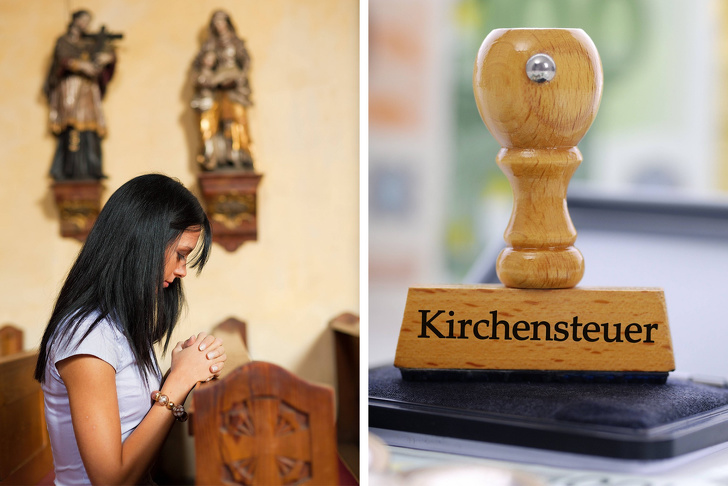 Kirchensteuer — is a church tax that is imposed on the parishioners of some religious communities in Germany. Roman Catholic churches, Evangelical churches, a unitary religious society of free Protestants, and Jewish communities are among them.

The size of the tax is set at 8-9% of the amount of their income tax. For example, if a parishioner pays 10,000 euros in income tax per year, they will have to pay 800 euros to the church. Additionally, this tax can be applied to dividends and to the money made from selling property.

A taxpayer has the right to leave the church and refuse to pay the tax, for which they will need to fill out a special notice. Those who refuse to pay the tax can be excommunicated. Also, they can be blacklisted from working in some church organizations, like schools or hospitals.

4. People in Australia are fined for not voting. 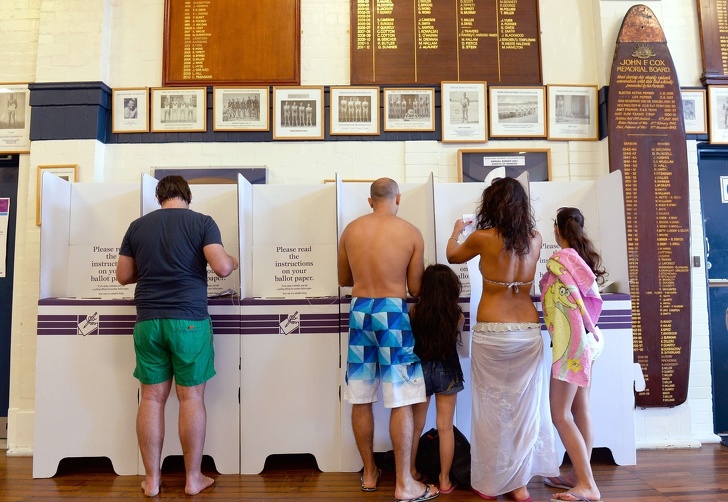 While some people in the world complain about the results of an election and declare that they won’t take part in the process anymore, others are simply not allowed not to vote. Australia is one country where people are required to pay a fine for not participating in the election. The fine is not huge, but still, it’s a penalty. For example, in 2010, 6,000 people didn’t show up at the election in Tasmania and each of them was fined $26.

3. In Canada, milk is sold in transparent plastic bags. 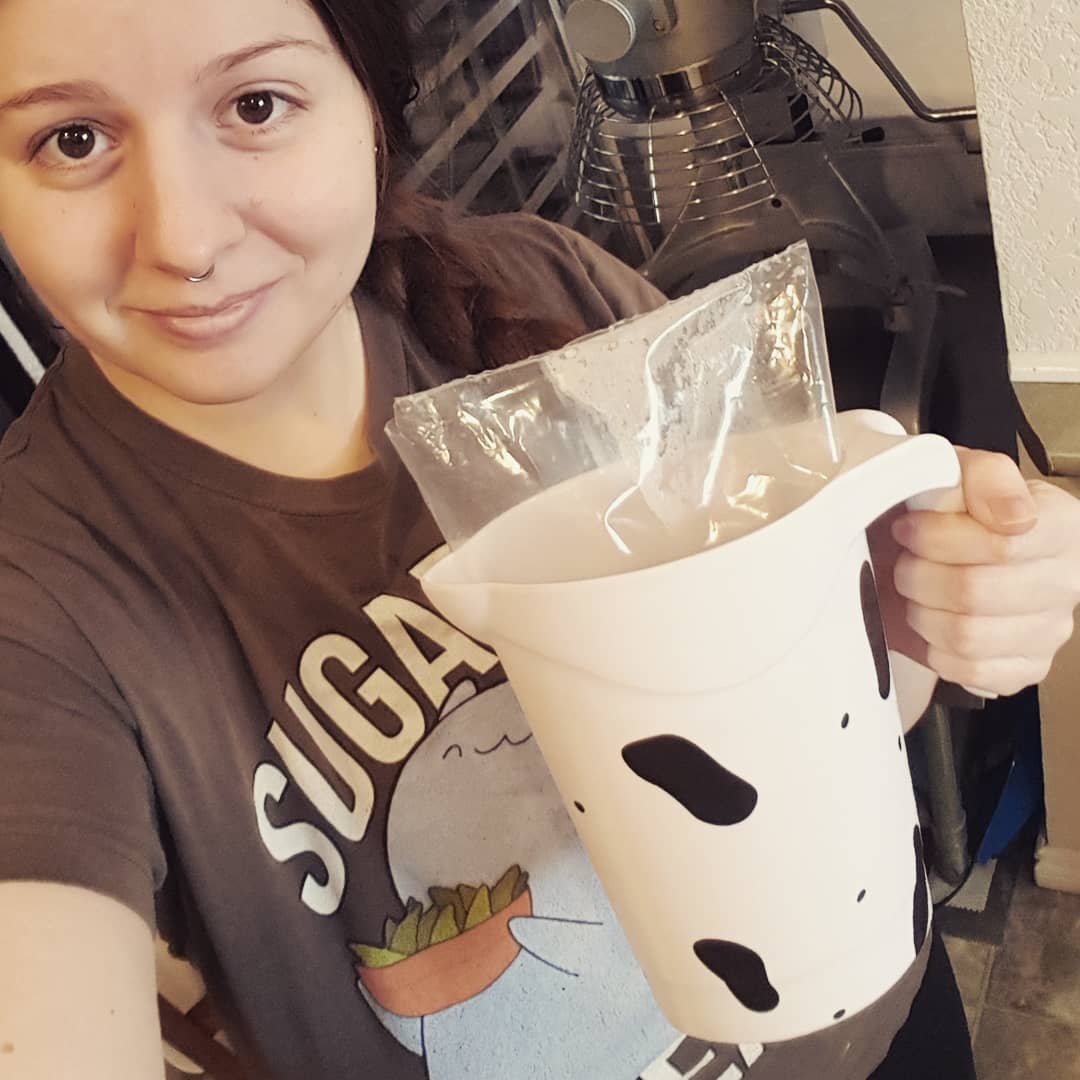 It’s difficult to amaze the residents of some countries with milk in plastic bags. But for many residents of our planet, this milk seems strange because it’s usually sold in plastic bottles or cartons. It turns out that this packaging can be pretty comfortable if you place it into a jar like Canadian people do.

2. There are a group of female wrestlers that wear colorful clothes in Bolivia. They are called cholitas. 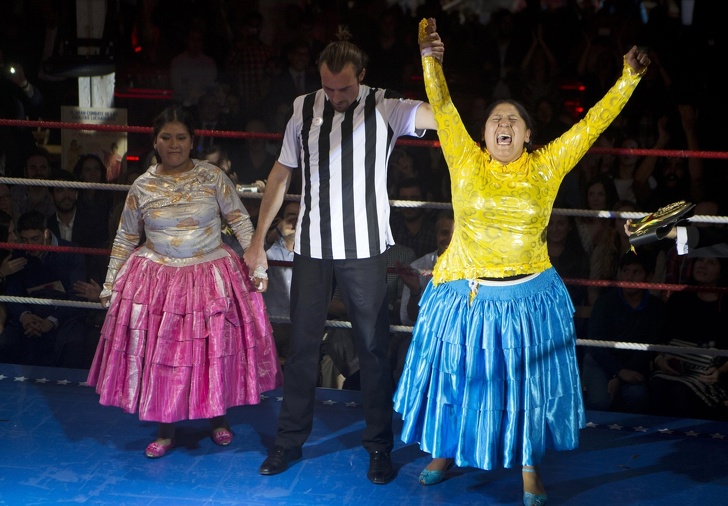 The idea of recruiting a number of simple Bolivian women to participate in wrestling competitions belonged to Juan Mamani, the manager of a team called the Titans of the Ring. Juan was puzzled by the fact that ticket sales drastically dropped in 2001. Mamani placed an ad in the local newspaper about an opening in his group and, much to his surprise, there appeared to be many local beauties willing to earn money with the help of their fists.

Unlike male wrestlers who fight in comfortable, sporty clothes, these women have to fight in their national outfits — lush skirts, bright blouses, shoes, and bowler hats. Also, there are no professional athletes among the cholitas; very often, they have to combine fighting in the ring with taking care of their home and other responsibilities.

1. Some women in India marry trees. 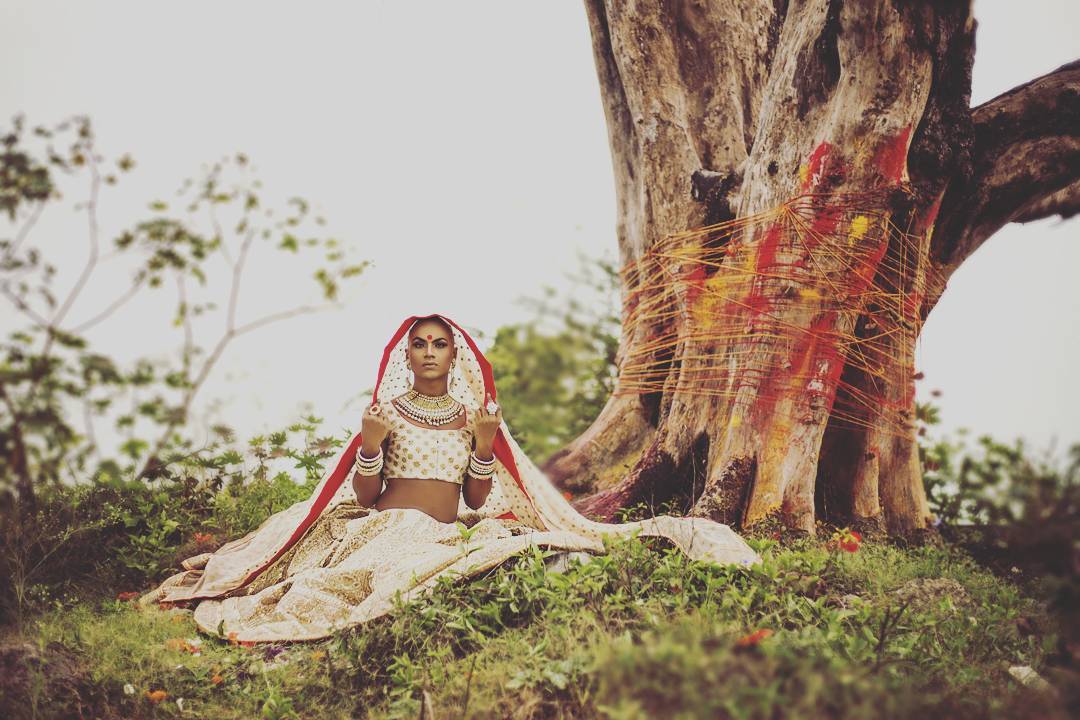 The reason for this strange tradition is that in Vedic astrology, it’s believed that people who are under the strong influence of Mars were not born for happy marriages. These people are called manglik and there are even special sections on matchmaking sites where mangliks can mingle with each other. It is believed that one manglik is able to neutralize the influence of another one.

However, the situation is more difficult for manglik women because people in India believe that a wife with the dangerous Mars influence in her horoscope can worsen the health of her husband. That’s why these women are instructed to first ’marry’ a tree so that the ’curse of Mars’ passes on to the tree. After the ceremony, the tree is cut and burned and the woman is then allowed to marry a man.

Strange enough, but manglik men don’t need to go through any ritual. Apparently Indians believe that it is only the wives who can affect their husbands’ health and destiny, or they simply care less about the well-being of the wife in the family.