There have been surveys conducted all over the world questioning the teachers and the industrial heads as to what is the most important skill a student has to thrive outside of his academic skills. It was very pleasing to hear that most of them considered nurturing creativity among the students to be high on their list of priorities. We all know that school kids are truly special people and are among those ones who if left on their own can solve any problem with apparent ease. The creativity that’s been displayed by students all over the world is truly indisputable, and there is hardly any other section of the society which can match their creativity.

These following pictures will reveal to you why we think so highly of the school going kids. Though there have been numerous video and audio clips shared on the social media networks which makes it very clear as to how creative young school going kids can be, the following set of pictures will prove to be the indisputable evidence of students creativity. Also, it will reveal to you how much effort they put in order to score higher grades in the exams or tests.

This kid will go far. 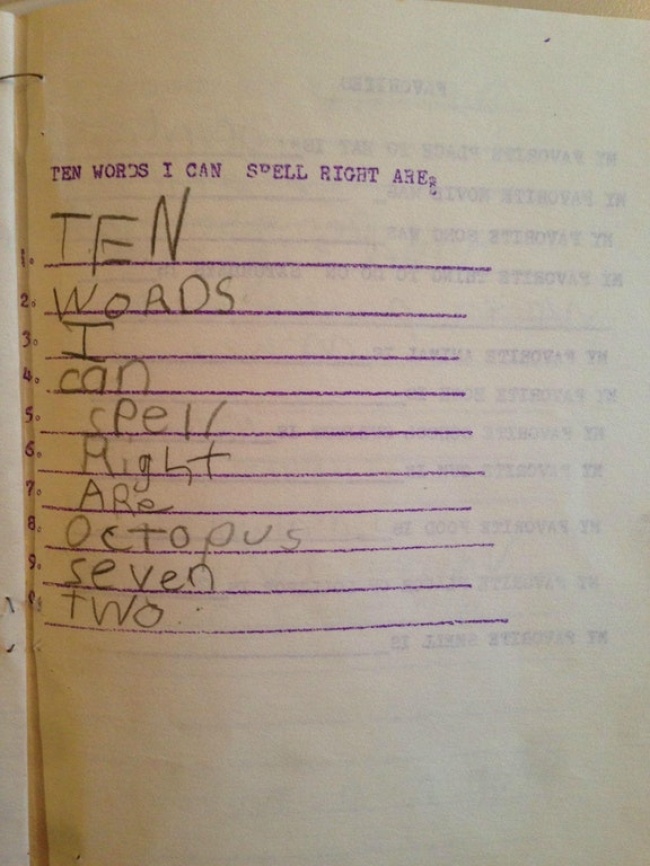 L is for logic. 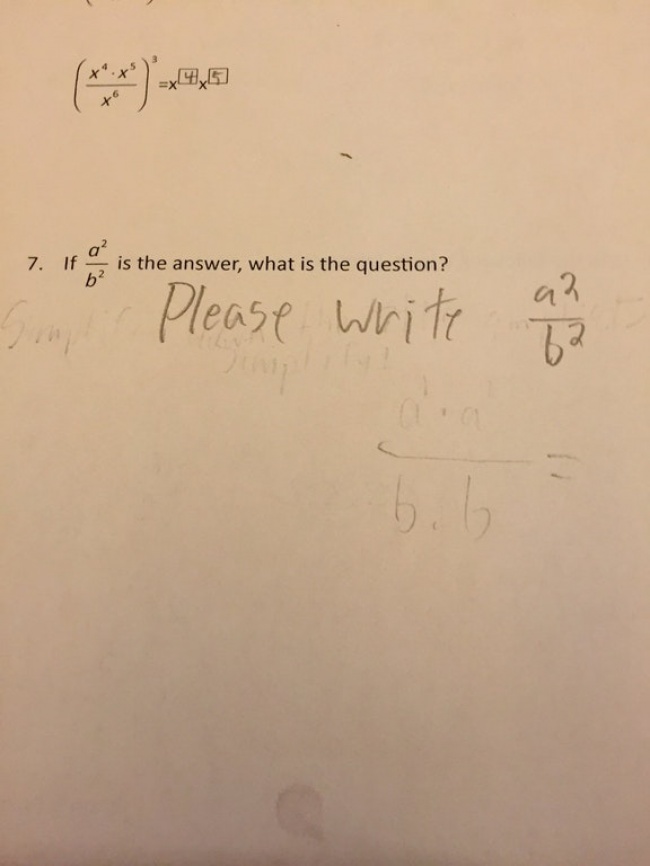 M is for mystery… 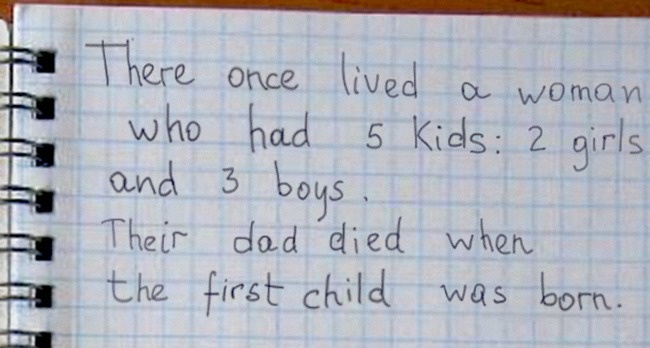 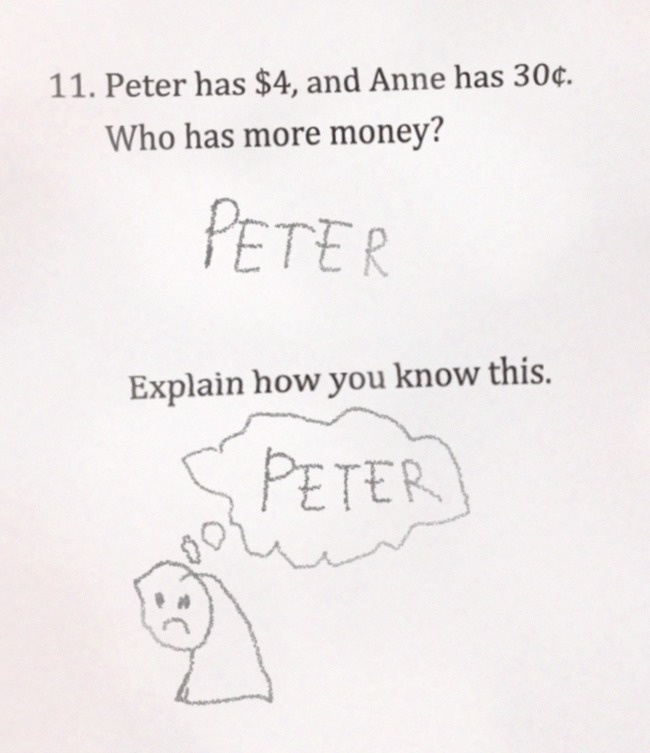 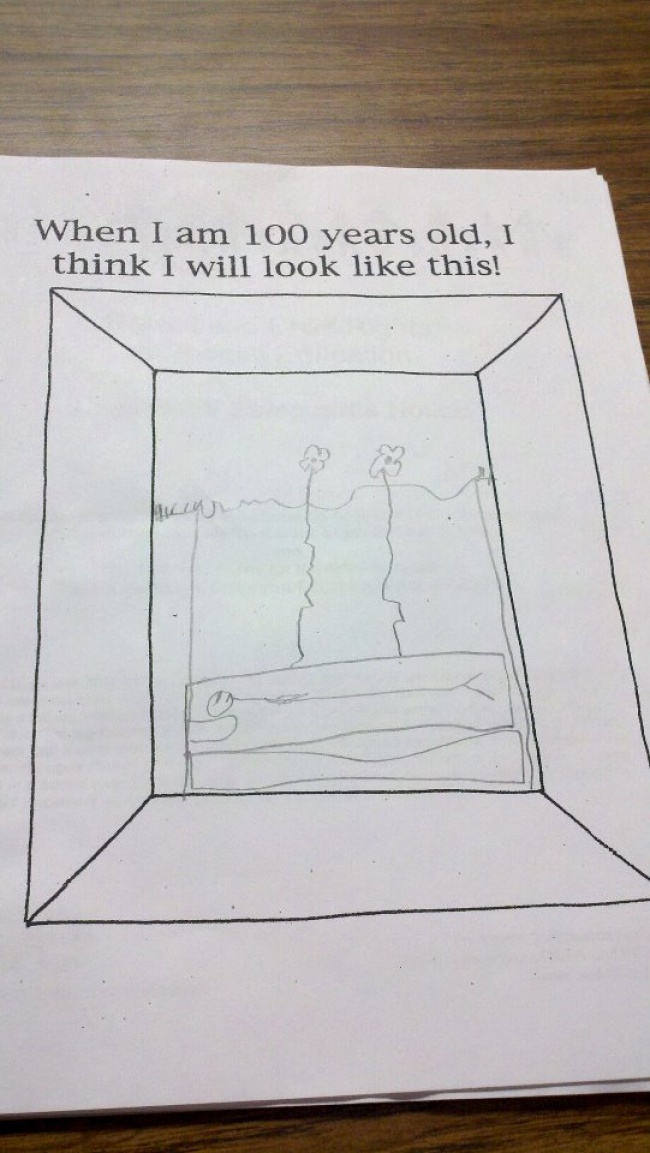 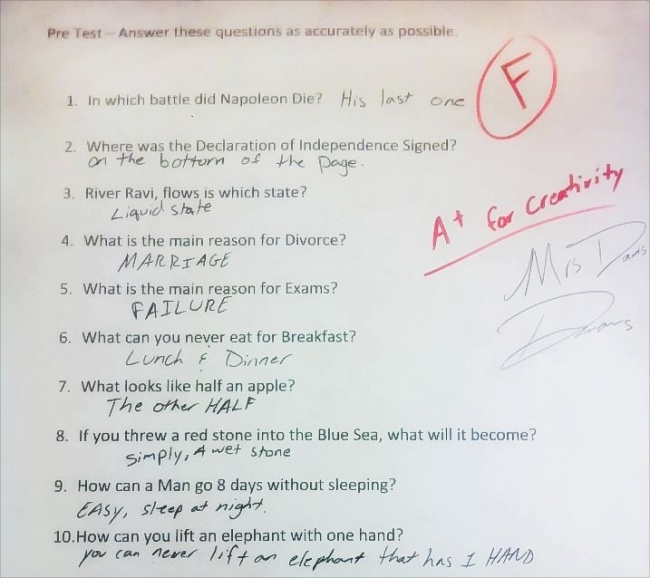 In any situation you don’t understand, just cry. 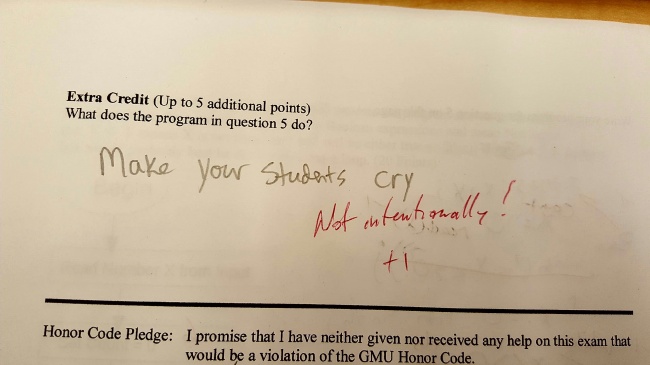 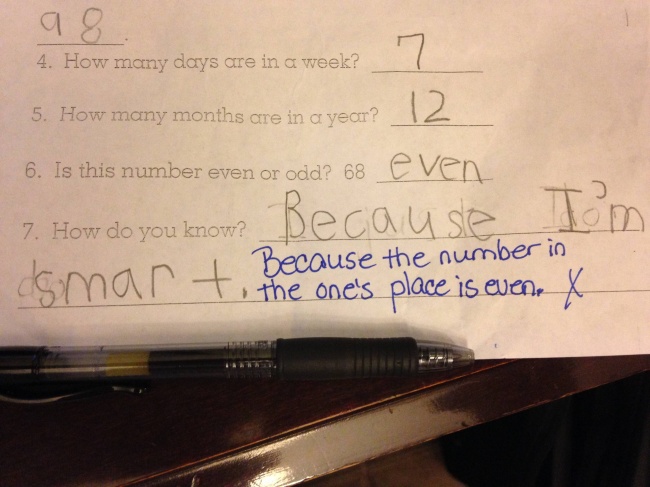 First lesson after the holidays. 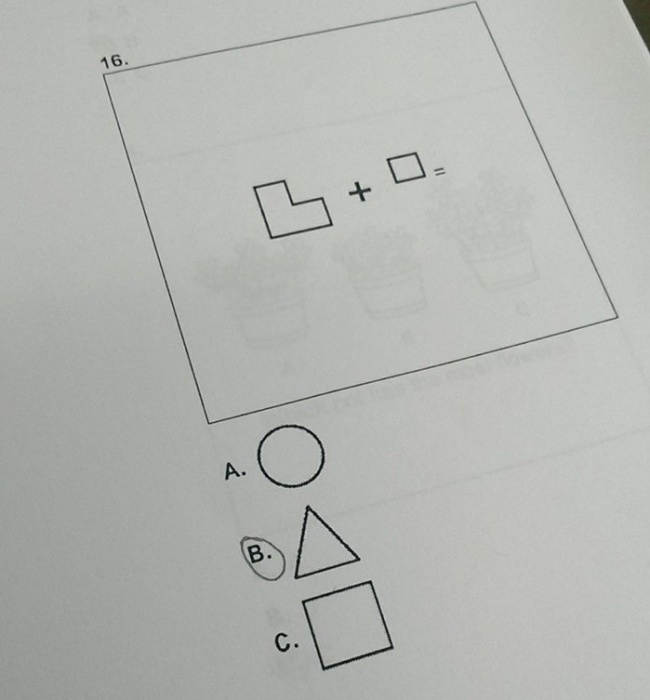 She showed it perfectly. 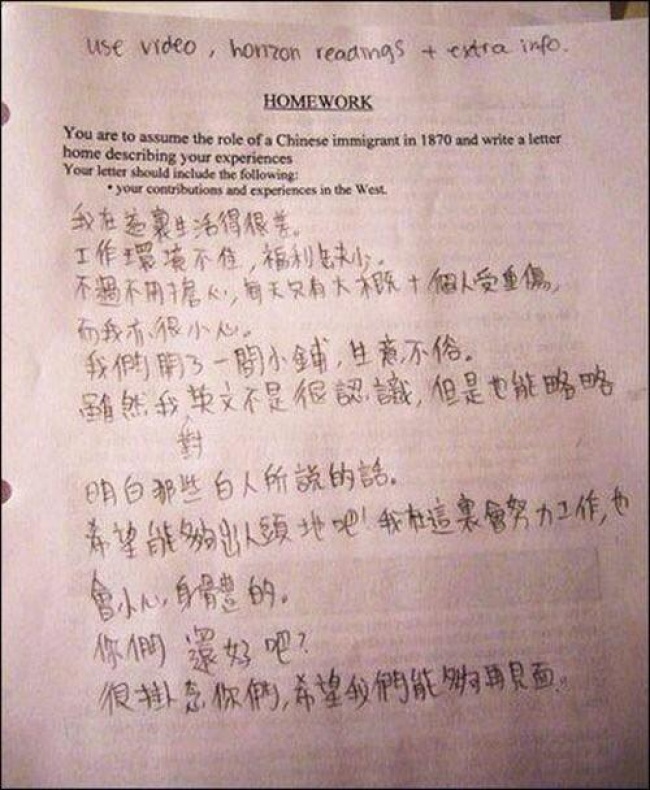 He’s got his priorities right. 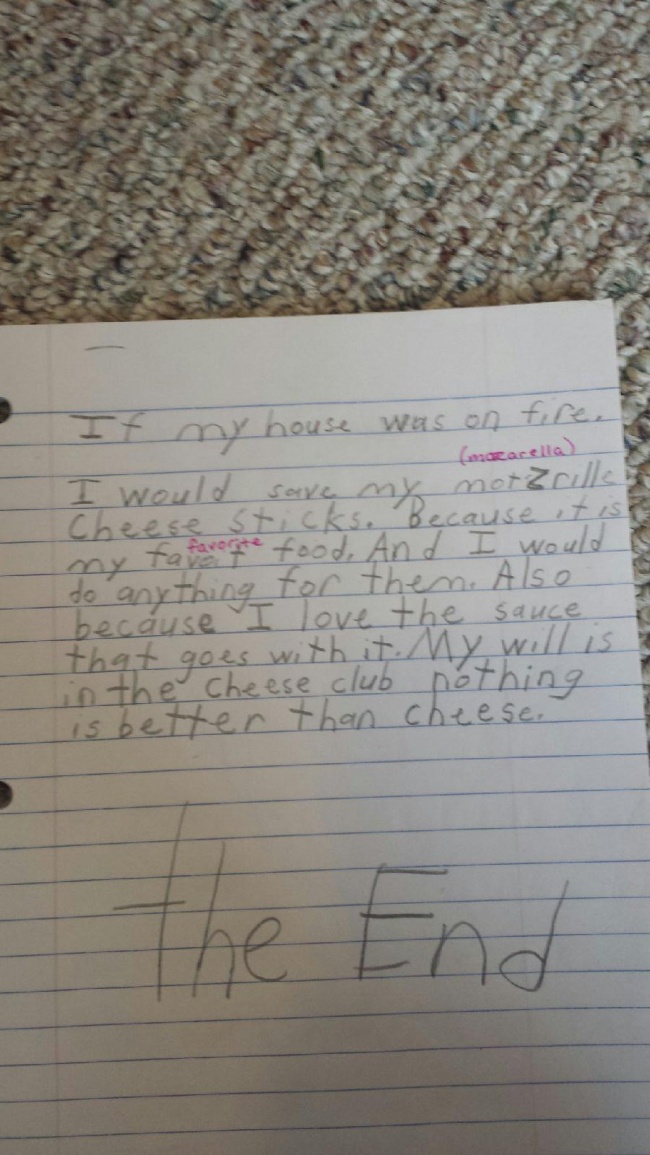 This Chinese student may have been using Google translate. 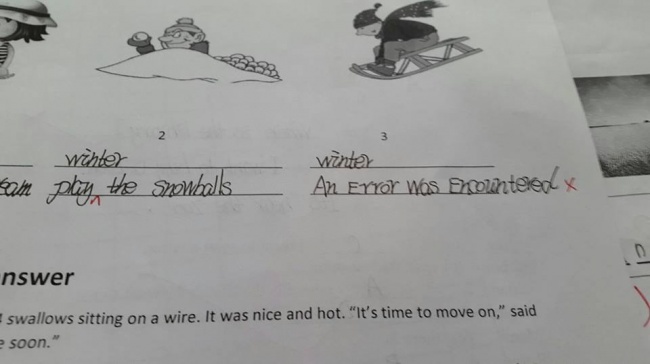 We do hope that you have thoroughly enjoyed your time scrolling through the pictures and have also admired the creativity of the young school going kids. Truly these pictures reveal that if the young school going kids are left on their own and are given a chance to follow their heart, they will not only be at their creative best but also in the process teach an important lesson for those who are responsible for the dire state of affairs in the educational institutions.