Owing to their ‘huge size’ and also their extremely cordial social nature, Maine Coon cats are known as the ‘Gentle Giants’ among cats. Along with the pictures of these amazingly large cats, we have also compiled a few facts about these Maine Coons which will surely stun you.

Researchers have found that Maine Coons have evolved to survive the harshest of the harsh winters by developing features like large and tufted paws which act as default ‘snowshoes.’ If you mistakenly believe that all Maine Coon cats are brown, we would like to remind you that it is not the case and actually Maine Coons come in different colors and patterns including smoke, cream, and other colors.

It was in 2004 that a Maine Coon was cloned commercially. Yes, Little Nicky was the first pet animal in the history of Maine Coon cats to be commercially cloned ever.

We feel that after going through the facts that we have laid before you, you cannot wait anymore to have a look at this amazingly large cats. We also do not want to make you wait any longer, so go take a look:

In case you didn’t know how huge Maine Coons were… 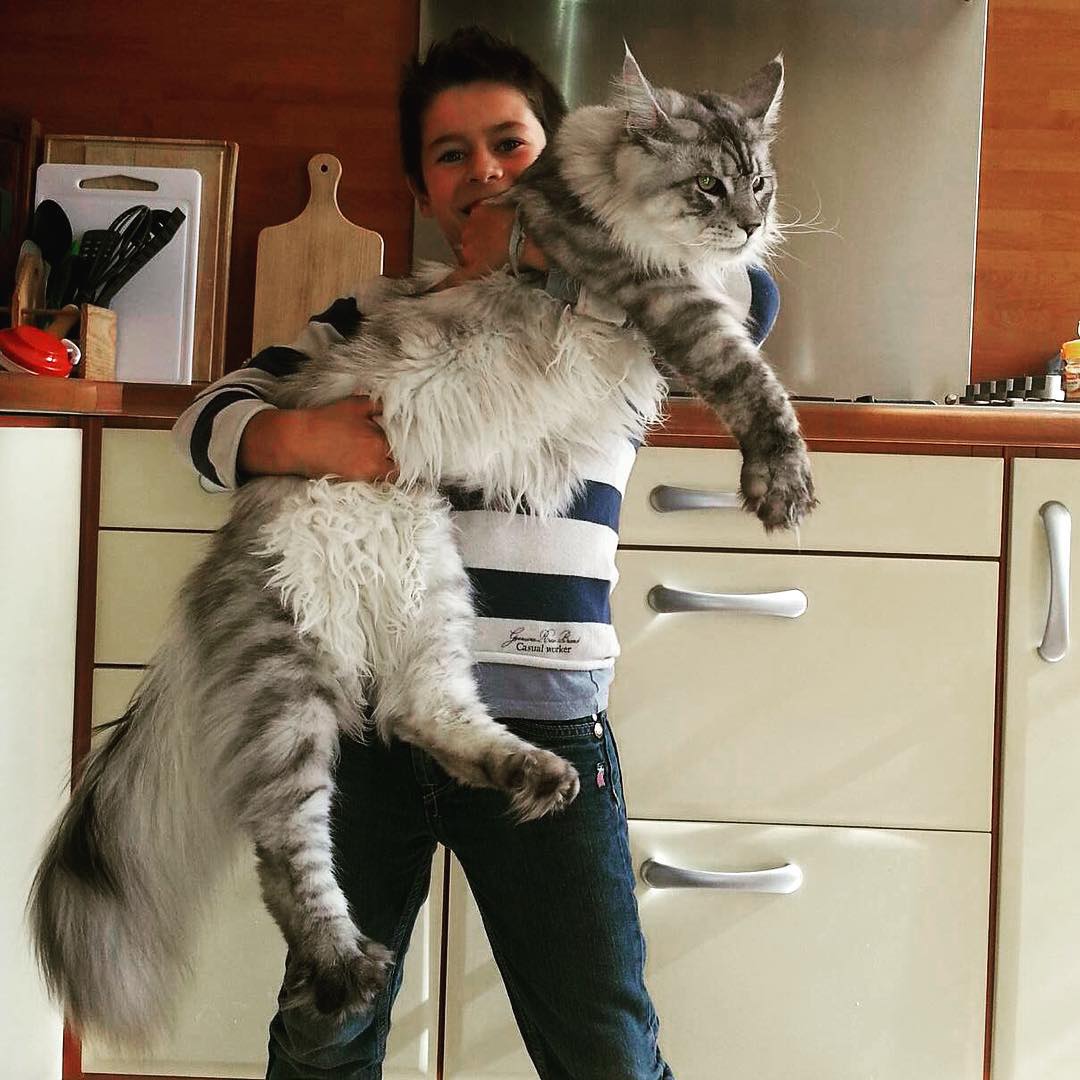 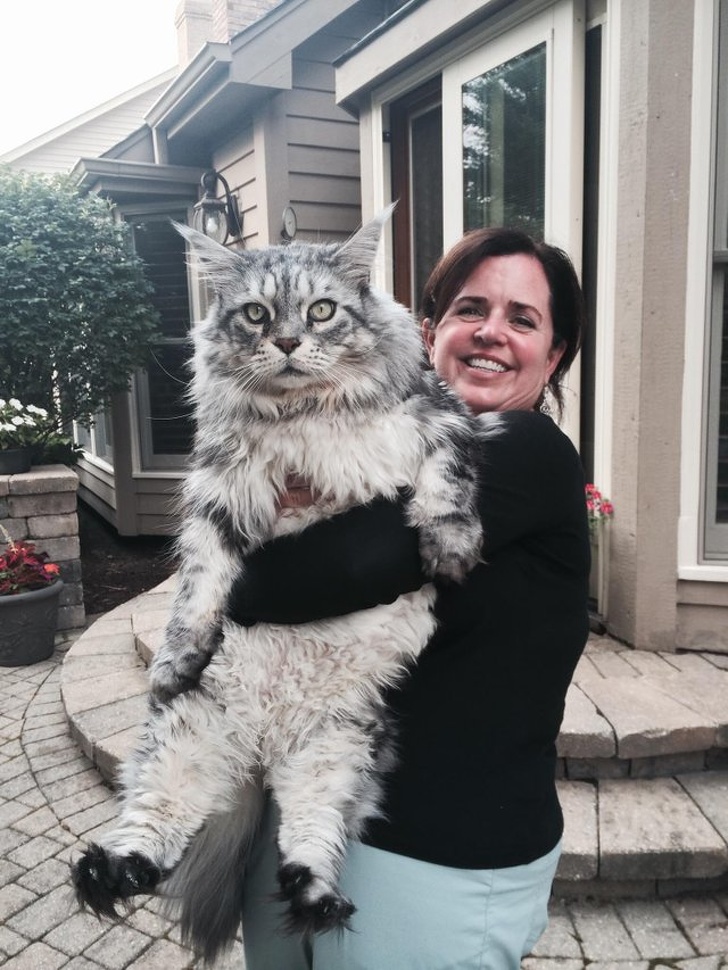 And kids love them too! 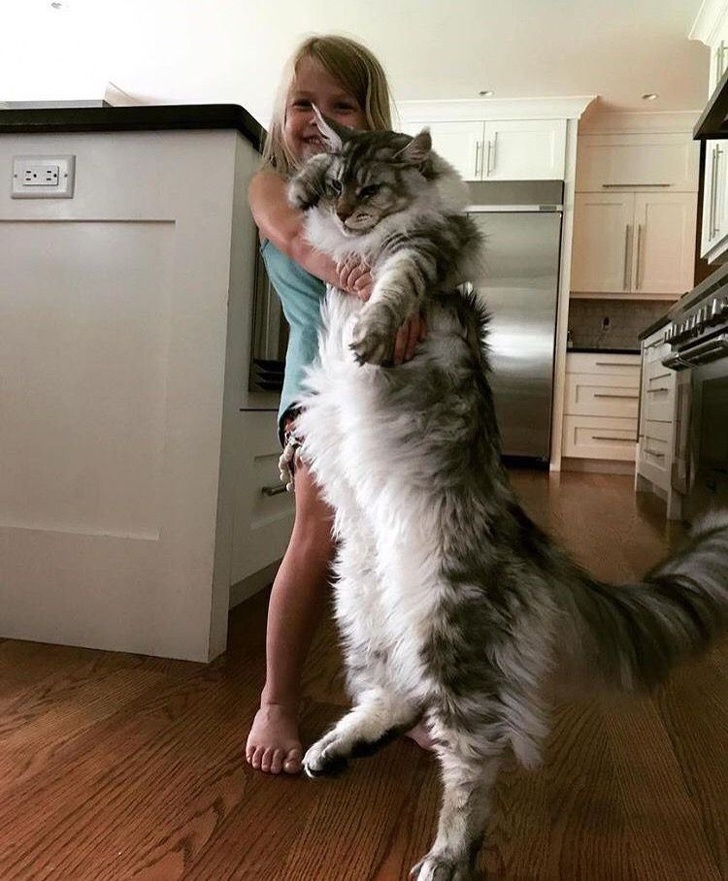 They’re so strict that it makes us think we’ve done something bad! 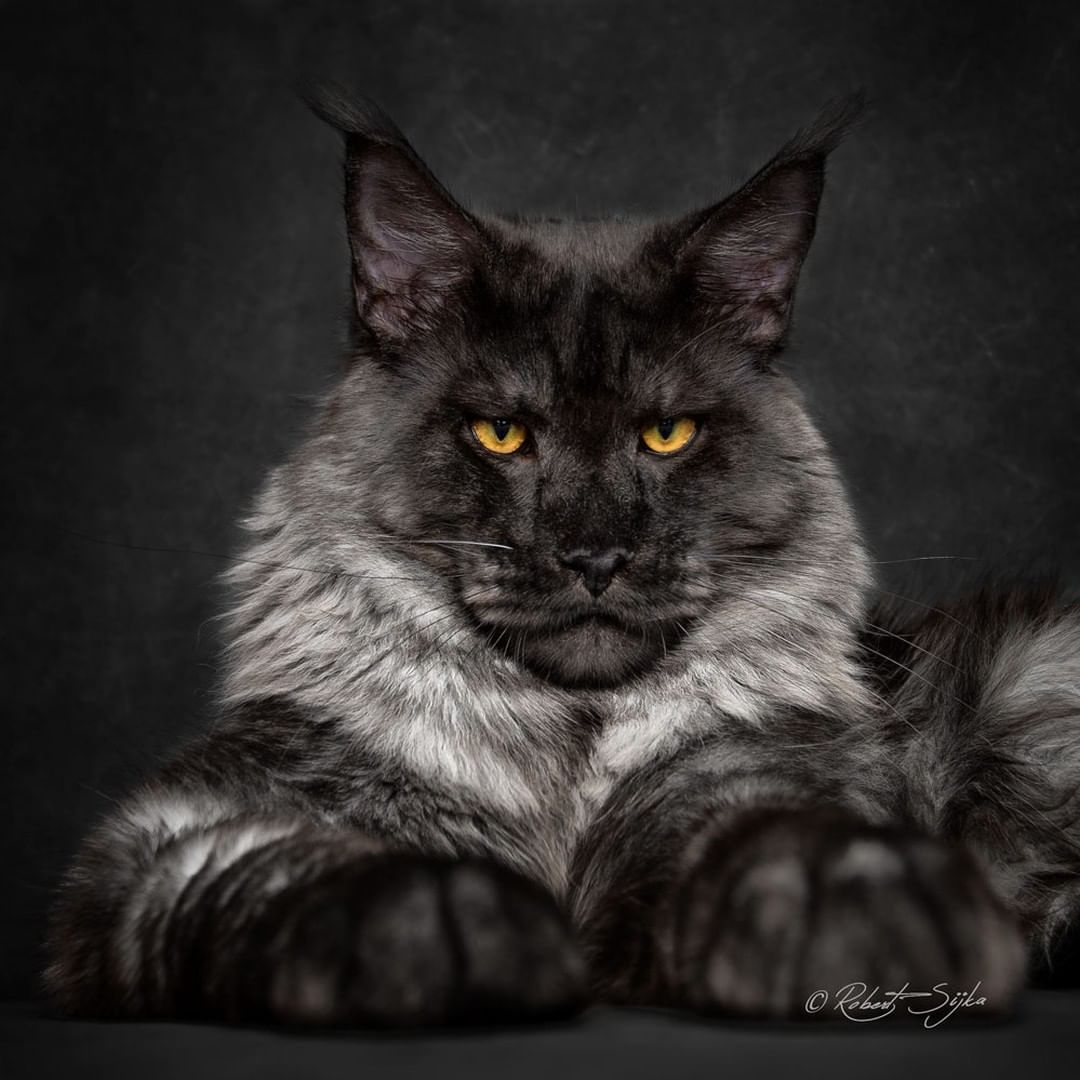 Their owners definitely have a thing for carrying them. 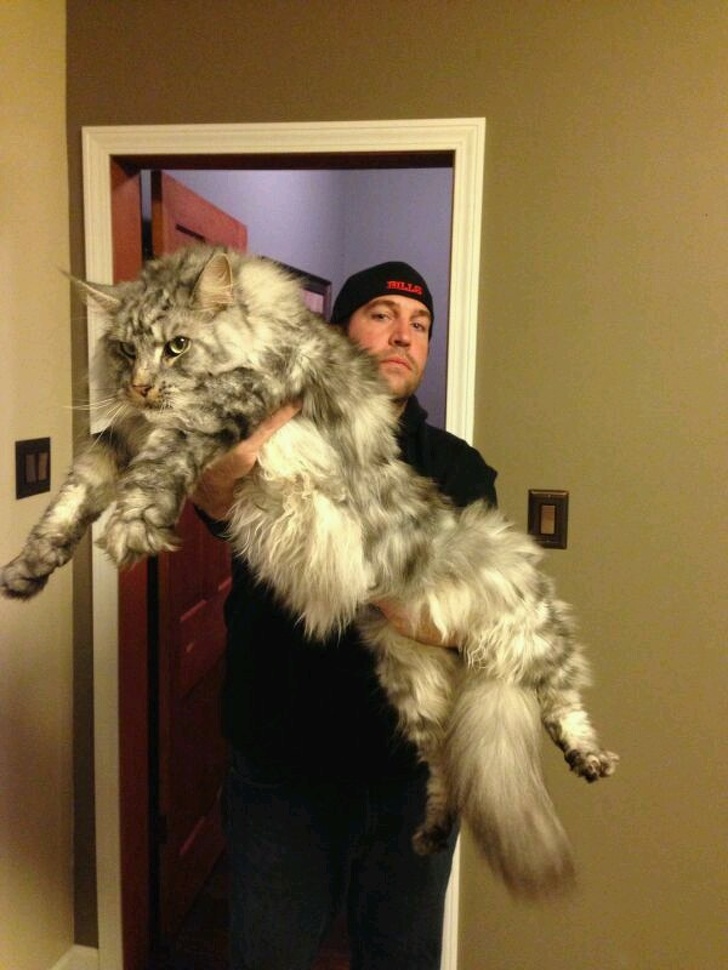 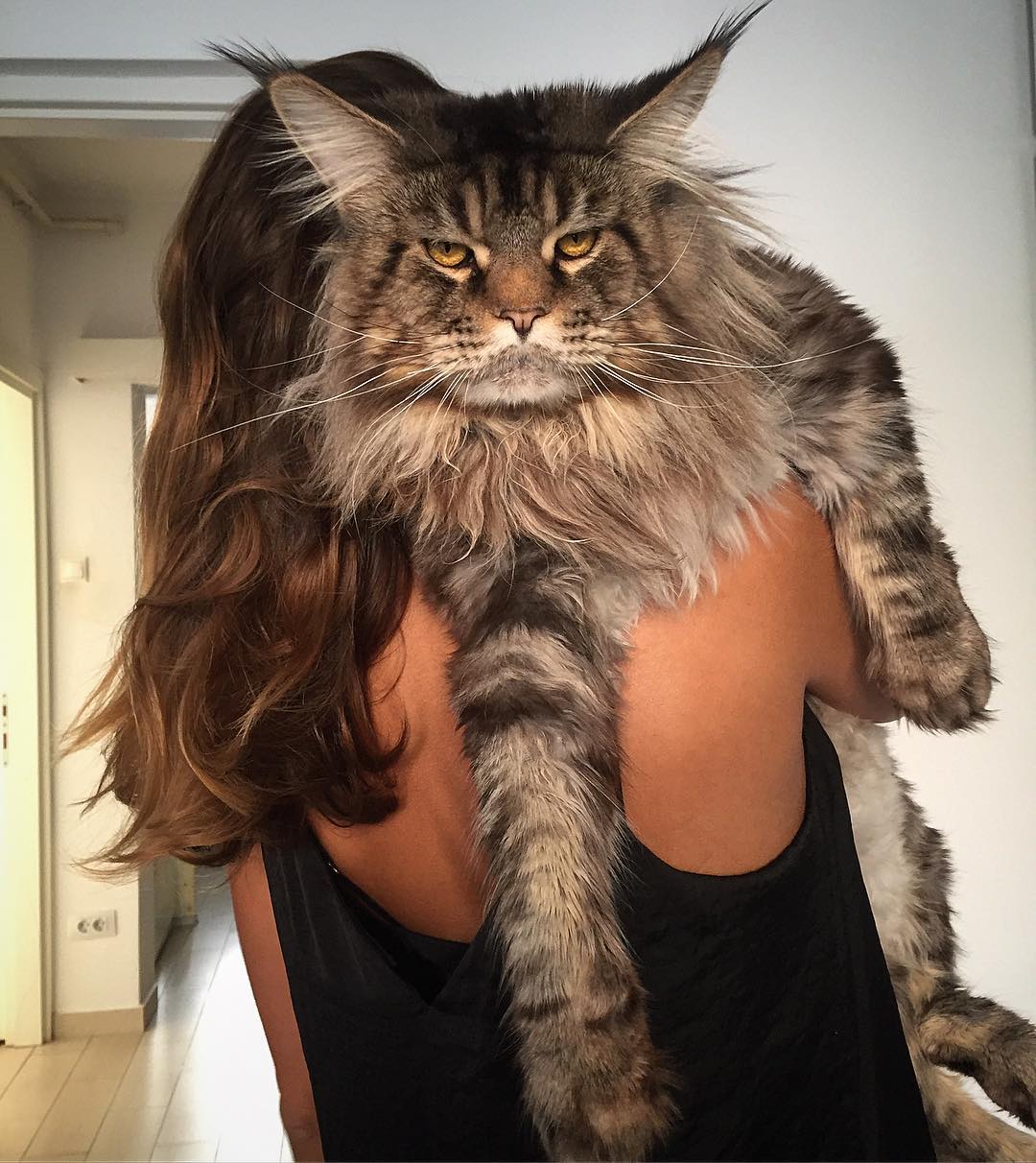 Just look at how stunning they are! 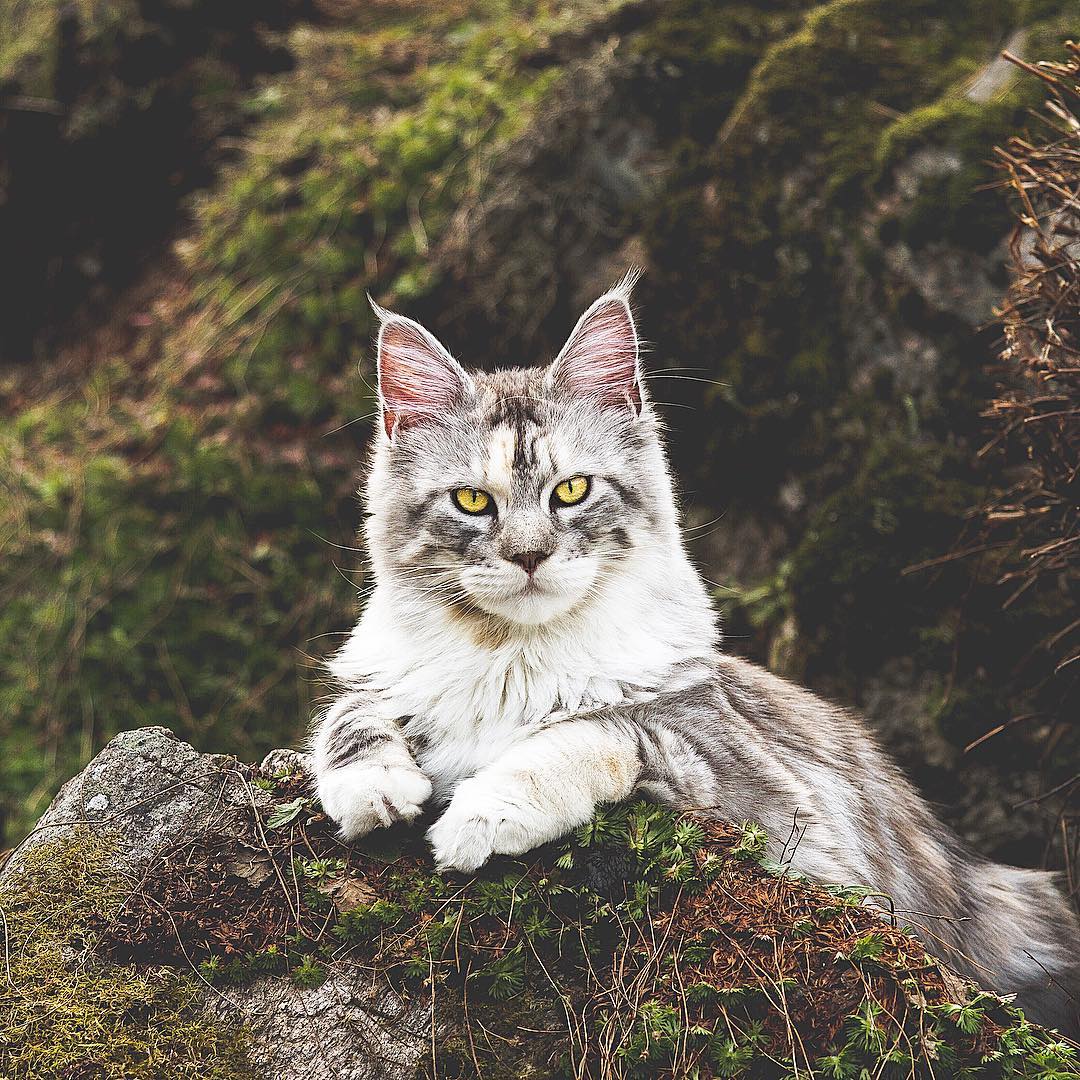 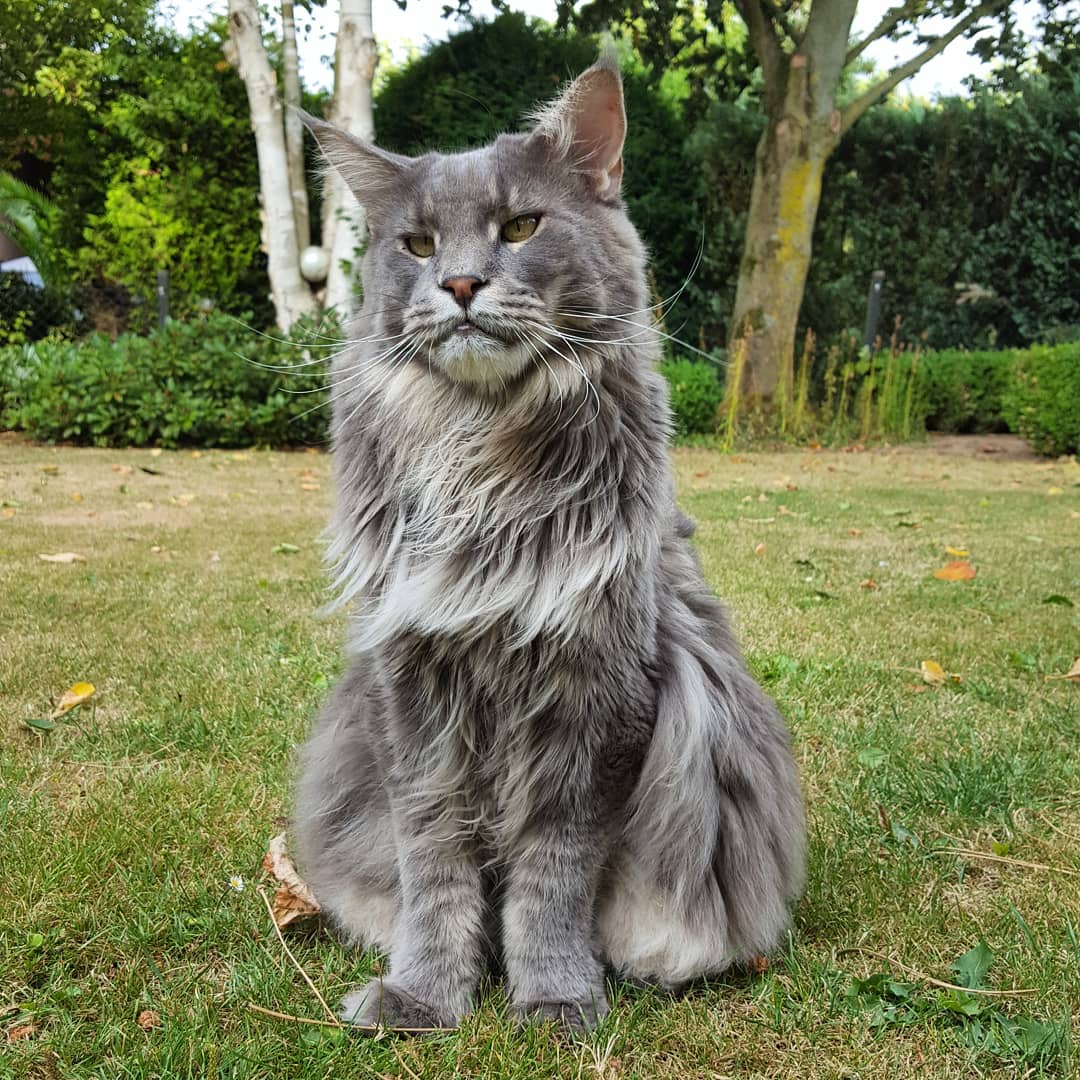 We need a house boss like this for ourselves! 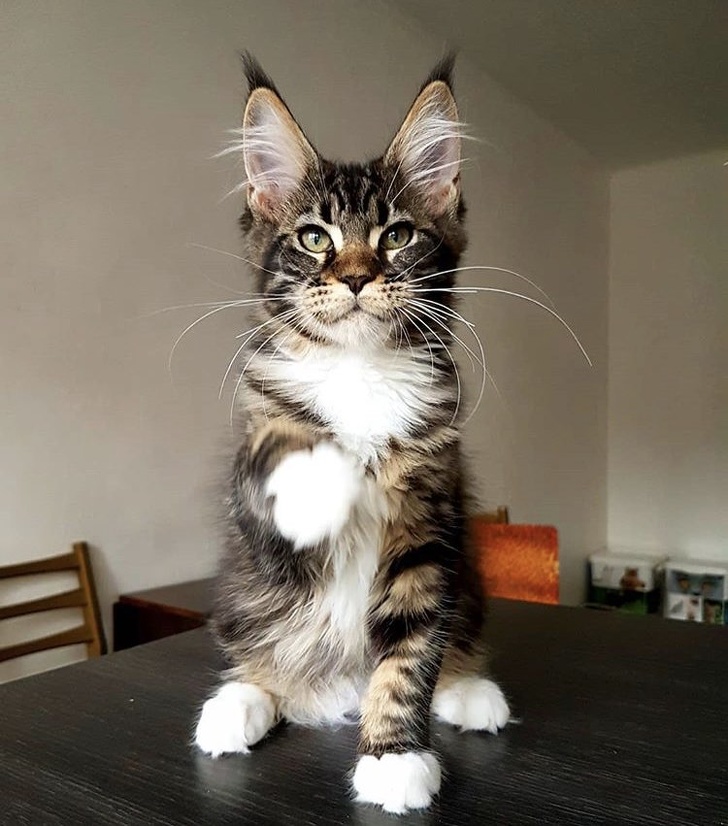 We would want to conclude this post by letting you know that an 8-year-old Maine Coon cat which goes by the name Stewie held the Guinness World Record for being the world’s longest domestic cat with a measure of 48.5 inches from the tip to his tail bone. Also, the Guinness World Record holder for the world’s oldest cat goes by the name Feline, which is a half-Maine Coon.